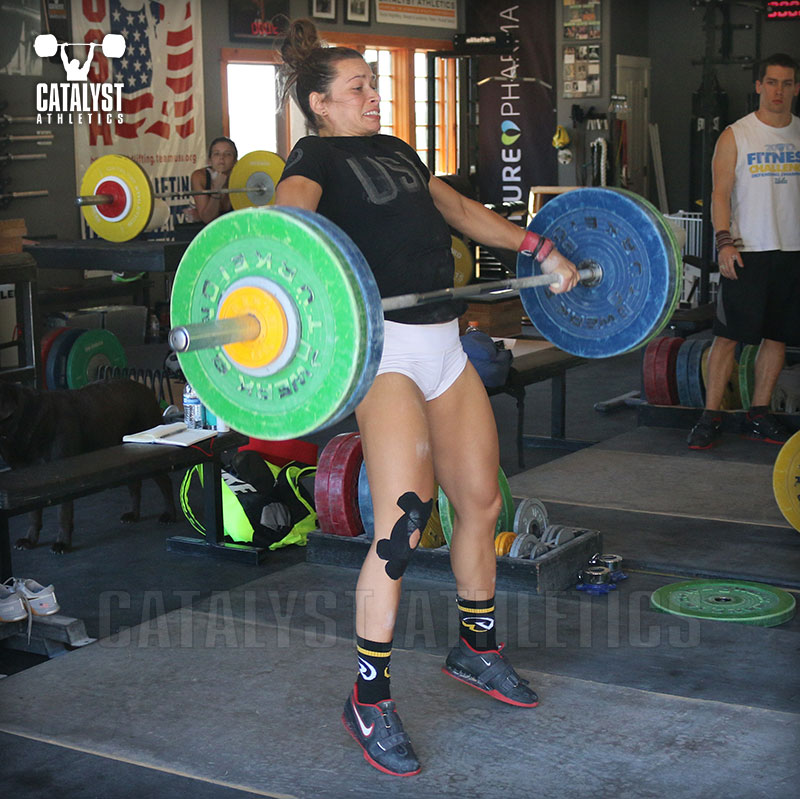 Back in the dark ages before YouTube and Instagram, new lifters had to learn according to the textbook or a more-likely-to-be-qualified coach. They would learn how to snatch and clean & jerk according to a single technical philosophy using a single method, and they were far more likely to have total trust in this approach and commit to it until reaching technical proficiency.

These days, there are abundant and very easily accessible resources for learning the Olympic lifts online, as well as even more opportunity to watch elite weightlifters (and not so elite ones) training and competing. This means a new lifter is now able to view numerous variations of snatch and clean & jerk execution—not necessarily different philosophies, but certainly different in appearance, at least superficially. Add to that an overwhelming volume of opinions and advice from strangers who range from supremely experienced and qualified to those whose moms need to do a better job restricting their internet activity.

New lifters are being distracted by potentially contrary ideas, experimenting with different technical approaches, changing the way they try to snatch and clean & jerk weekly, all before reaching even a baseline of technical proficiency. This results in a great deal of technical inconsistency, generally poor technical ability, and unnecessary confusion and frustration.

One of the biggest mistakes a new lifter can make is attempting to mimic an unusual technical practice of an elite lifter without understanding why it’s done or when that lifter developed it. As I’ve said many times in the past, lifters nearly invariably learn textbook lift technique and train with it for a significant period of time in their initial development before ever diverging into the more idiosyncratic technique you see them demonstrating later in their careers and want to emulate.

One of the biggest mistakes a new lifter can make is attempting to mimic an unusual technical practice of an elite lifter without understanding why it’s done or when that lifter developed it.

This initial textbook baseline is important in this process. Consistency is critical for weightlifting—I’d argue technical consistency is more important than technical perfection. That is, it’s better to have less than perfect technique but be able to snatch and clean & jerk the exact same way every time (this is not to say we wouldn’t prefer perfection as well, of course).

Textbook technique is what it is for good reason—it’s what works best for the vast majority of lifters, and it’s based on principles of physics and biomechanics that aren’t influenced by fashion or anything else. Don’t misunderstand this to mean that all lifters will look identical if lifting with textbook technique—that textbook provides for and expects variation based on proportion in particular as well as other individual details. However, these variations don’t violate the fundamental principles that define the textbook technique.

As a lifter advances in development, he or she will naturally gravitate toward deviations that best suit his or her proportions and particular strengths and weaknesses as the body finds ways to optimize movement for the task. So why not just let all lifters do this from the start? Because the process will be inaccurate without that baseline—it can be influenced by correctible weaknesses/problems like immobility, muscular imbalances, conceptual misunderstandings, and plain old incompetence. If a lifter has developed technical proficiency and consistency with textbook technique, you know you’re working from a solid foundation and variations will be more likely beneficial rather than accidental.

So when should you allow a lifter—or yourself—to do this? There isn’t a simple, straightforward answer. You’re going to have to rely on your discretion and experience. But there are a few things that should be true in order to consider it:
Remember that becoming a good weightlifter is a long term process. You don’t get to shortcut it, and it’s not always fun and exciting—sometimes it’s tedious and mundane and boring. But the work you put into it early on, developing a foundation, is arguably the most important—don’t shoot yourself in the foot by getting distracted and excited about the newest weird thing you see online. Work with quality people and information from the start so that eventually you’ll have a strong enough technical base that experimentation won’t actually set you back, but can help you discover what will ultimately be your ideal personal technique.