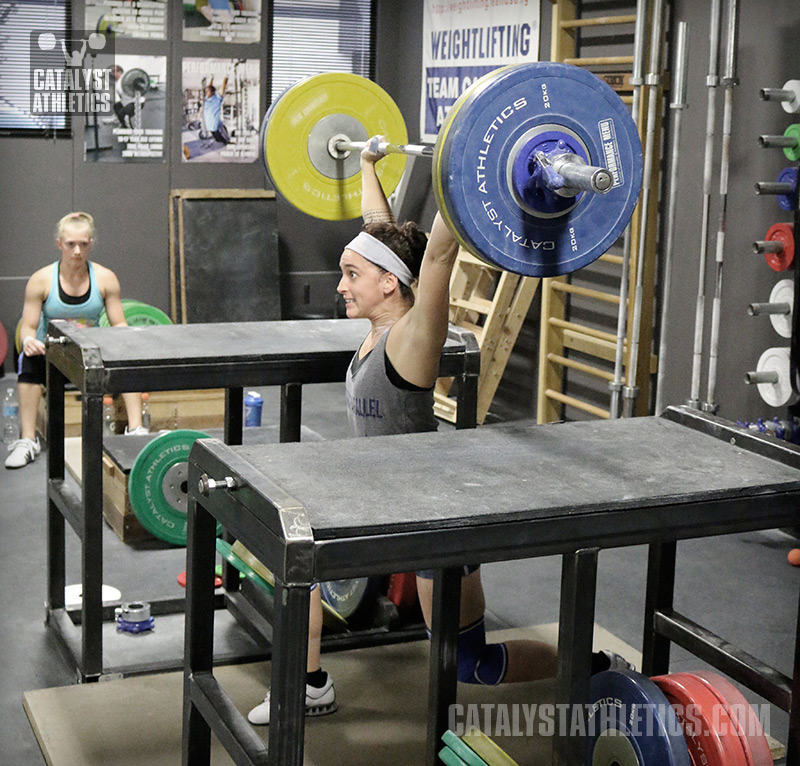 Matt Foreman
I once asked Wes Barnett how much he could press. His response was something like, "I don't know, maybe 105 or 110. Pressing doesn't matter." He did a 220kg C&J at 105 bodyweight.
Pietari
The one thing I'm mostly interested in here is shoulder and elbow health. I've been under the impression that one of the reasons why the Russians for example program strict pressing into their programs so much is because the increased strength and muscle mass in the shoulders and triceps goes some way towards decreasing injury in the quick lifts.

Or maybe that is what Greg meant by "A hypertrophy exercise for a lifter needing to gain weight or specifically increase shoulder girdle mass" ?

Greg Everett
Pietari-
This is a legitimate use, but much of this can also be accomplished with the push press, which will also do a number of other things (and better) as I discussed in the article. To my knowledge, the Germans used to do a lot of pressing, but generally it was relatively light and at the beginning of workouts. I think this can be beneficial especially for new and young lifters who need a lot of work on fundamental movements and to condition joints and connective tissue as well as build some muscle mass. However, as a lifter progresses, the press declines in priority, which means that for many athletes, it won't make the cut.
Pietari
Thanks for the reply. That makes sense.
Gary Echternacht
I'm totally biased. I love pressing, both behind the neck snatch grip and military style. Do I think they make my jerk better? Perhaps a little in that I think one does need a little triceps and shoulder strength for jerking. Or maybe they don't do anything. For the most part in the jerk your legs account for about 90% if the jerk. Nevertheless, doing them once every 3-4 weeks just injects some extra pleasure to training. At least that's how it works for me. You gotta have fun.
Dominique Locas
This is how the Clean & Press used to be done: https://www.youtube.com/watch?v=hr0_-rscOrU

For a lifter with very weak shoulders and arms, I think the classic Clean & Press is a great developmental lift. For a lifter in early preparation who needs a break from the same old lifts, it can be quite motivating.