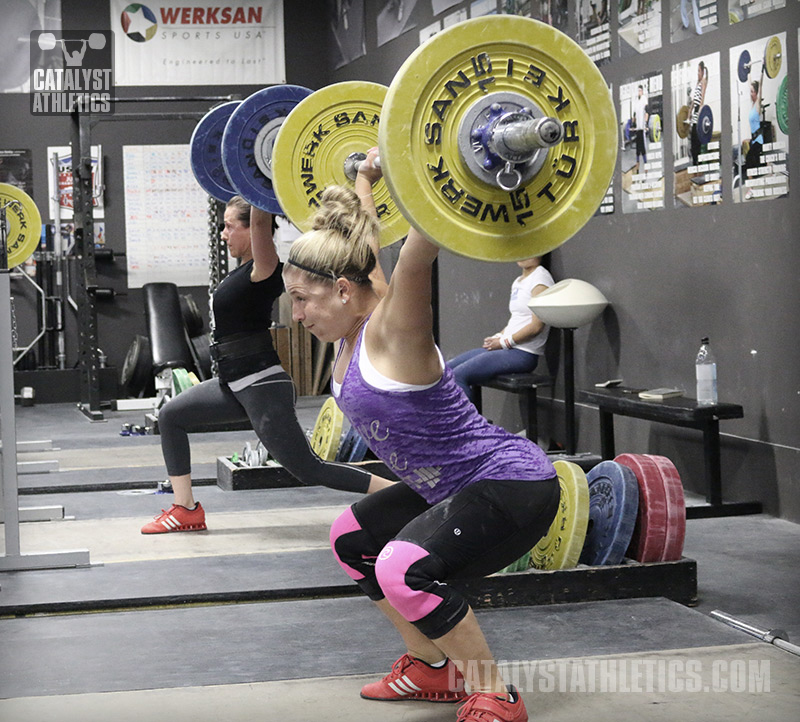 For more on weightlifting complexes, see the article Complexes by Greg Everett in the Performance Menu

Al
Matt, why do you say you dislike jerk boxes? I have never used them personally, but have always wanted to as I feel they would allow me to heavier weights for a couple reps that I would have trouble lowering if I was just in a rack. A quick search brought up this article (http://www.catalystathletics.com/article/1726/Jerks-From-the-Rack-or-Blocks/) where Greg seems to be a proponent of them for this very reason. Just wondering why you say you dislike them.

Greg Everett
AJ-
It's because Matt's stupid and I'm smart.
In truth, I definitely prefer lifters to go without blocks even when doing reps, but some can't do it for various reasons (like elbow pain due to wide grips, etc), in which case I'd much rather get the work done on the blocks than not at all.

Matt Foreman
AJ- I think there's tremendous benefit that comes from bringing the bar back down to your shoulders when doing jerks (up to a certain point, of course). That's the main reason I don't like boxes. But as I mentioned in the article, I realize that there's some benefit to them, and it's exactly what Greg described in comment above. He and I are in agreement about boxes. I'm just a nice person who loves others. That's the only difference.