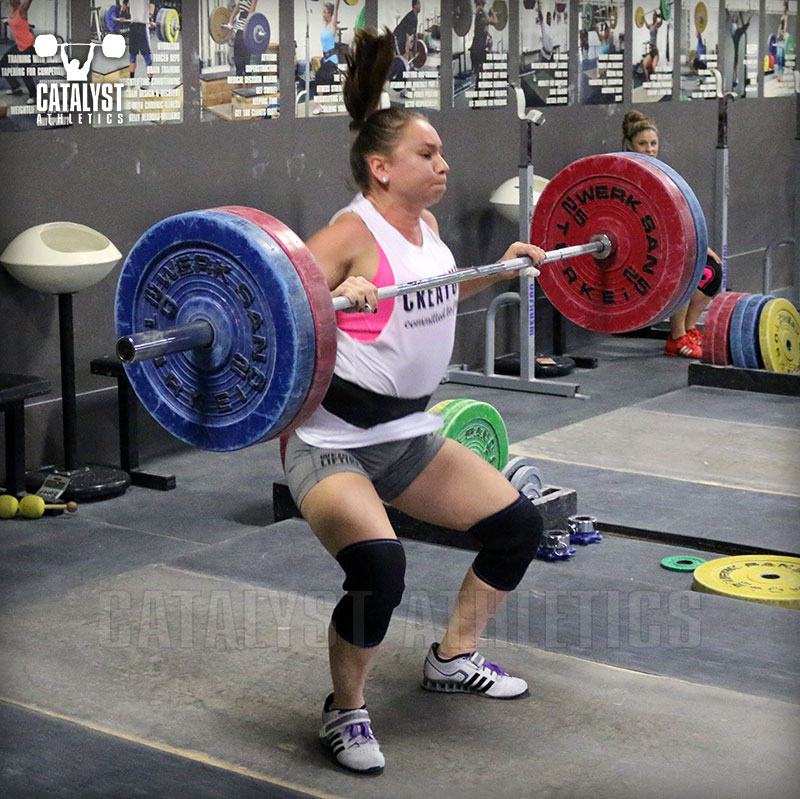 In my quest to find new topics for articles, this was the suggestion I found most interesting. Evidently the idea that the Olympic lifts are “complex but not complicated” is making its rounds through the internet world, although I can’t say I’ve noticed.

First, let’s just get this on the record: this isn’t a new idea. Many weightlifting coaches have been trying to make the case that the lifts aren’t as complicated as they appear for many years for various reasons, maybe the most common being to help persuade non-weightlifting strength coaches that they can in fact teach their athletes the lifts for use in strength and conditioning.

Second, I want to take issue with the wording itself:

Complex: consisting of many different and connected parts. Synonym: complicated.

They’re essentially the same thing. Having said that, I do understand the point the phrase is intended to make—I just don’t know if that particular attempt to be clever is the best approach to communicating it since it requires extensive explanation, which is ironic considering the concept.

So what is the point?

The snatch and clean & jerk are technical, high-skill movements. They’re complex AND complicated. But that doesn’t mean they’re not accessible to anyone who wants to learn them, and the principles of the movements can be distilled to their essences in order to allow that.

Let’s consider an analogy: pitching in baseball. Literally anyone can learn to pitch a baseball in about three seconds flat. Watch someone do it, mimic the motion. The ball goes from your hand toward (and hopefully over) the plate. Done. Simple.

But does that mean that pitching is not complicated? Not at all. First think of the skill required to consistently put that ball at high speed in a very small area of space that changes with every batter. Then think of the variations: curve, slider, sinker, (maybe even knuckle), etc. Becoming truly proficient as a pitcher requires a tremendous volume of practice and an increasingly deep understanding of the principles governing how the body works, how various hand positions and body motions influence the ball’s trajectory, how different pitches interact with different swings, etc. Professional pitchers never stop practicing and learning and improving. But you can go out and learn to throw a ball over home plate in three seconds.

The point is this: All complex, complicated skills can be simplified. In fact, they must be simplified in the early stages of development or no one would ever be able to learn them.

If you took an eight-year-old who’d never played baseball and sat him down in a classroom and taught him everything there is to know about pitching, then dropped him into a little league game for the first time, you’d get pretty poor results. If instead you reduced pitching to its fundamentals to teach him initially, then over time as he gains more practical experience and the attendant understanding, continued to teach him progressively more complicated principles, you’ll get an increasingly better pitcher over time.

This is exactly how weightlifting works.

I can teach someone how to snatch in about three seconds. You can too. Hold onto this bar with a wide grip and jump it up overhead. There you go—that’s a snatch. Is it a good snatch? Nope, just like that first throw isn’t a good pitch. There are about a million details that need to be refined, but that’s the part that takes progressively complicated instruction and practice over time. And I’d suggest teaching elements and segments of the lifts rather than the whole thing initially, but you get the idea.

You can also reduce the principles of the lifts to their essence: Apply force against the ground to lift the bar up, then apply force against the bar to move down under it. That’s about as simple as it gets, but if you want to be truly proficient, you’re eventually going to need to understand a lot more than that.

So if I don’t like the phrase complex but not complicated, what’s my better suggestion? Easy: The Olympic lifts are complex skills that can and should be simplified initially for learning. I guess it doesn’t sound as cool, but at least it communicates the idea completely and accurately.

Ultimately my point is this: Simplify the lifts to learn or teach them, and progressively increase the complexity of the skills and concepts over time to achieve proficiency. Don’t overwhelm a beginner with unnecessary detail, but don’t pretend that detail doesn’t exist or isn’t critical for advanced athletes.

Rick
They are really not that difficult , I have incorporated them in my workouts for 51 years now , and they really do improve explosive strength ! Good cardio if done correctly ..