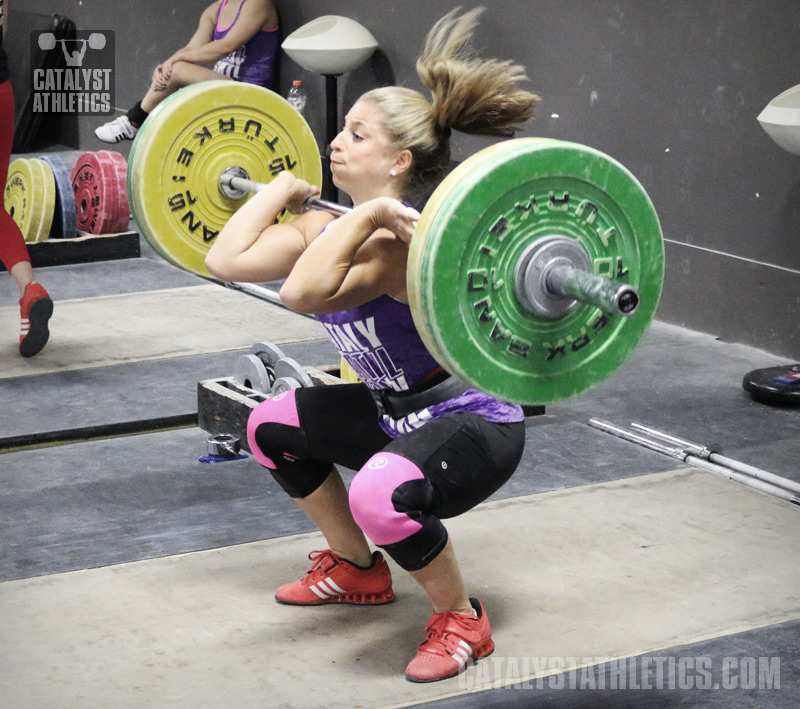 I think I’ll get straight to the point with this one.

We’re going to take a look at coaches and athletes who overanalyze every lift.

Ooohhh, I bet I’m hitting close to home with this subject. We’ve got some guilty parties out there, right? Some of you are lifters, and you pick apart every single rep you perform. Every time you do a snatch, clean, jerk, etc., you find six things you did wrong. You jumped forward a little, you didn’t finish your pull, you didn’t keep your back flat enough, the bar wasn’t punched into the right position overhead, etc.

This becomes a constant habit, and it leaves you feeling like you absolutely never do anything right. You’re completing your lifts successfully, but they’re not PERFECT.

I’ve seen a lot of weightlifters like this over the years. Obviously, these are hyper-perfectionist personalities. They’re usually control freaks (which isn’t necessarily a bad quality), and it drives them nuts when they can’t make their bodies perform the most complicated barbell movements known to man with absolute 100% perfection at every moment of their lives.

Usually, elite athletes aren’t like this. It’s most common with newbies and intermediate lifters.

You want to know something funny? Most of the overanalyzing lifters I’ve seen have usually had very good technique. They’re doing the lifts right. But they don’t THINK they’re doing them right. Because of their nit-picking nature, they simply can’t believe that they’re ever covering all the bases. No matter how skillfully they’re lifting the barbell, they always find a way to convince themselves that something is messed up.

I feel sorry for these people, because it doesn’t seem like they’re having any fun. Weightlifting is supposed to be fun. It’s not fun kicking yourself in the ass every time you finish a lift.

Then there are the coaches… God, I hate watching this crap. These are the ones who over-coach every lift they see. Every time one of their athletes completes a snatch or C&J, these coaches have to give a barrage of input. I guess they feel like they’re not doing their job as coaches if they don’t constantly tell the athlete…something. So from the first warmup lift of the day until the last big rep, it’s just a continuous stream of feedback and corrections, whether they’re necessary or not.

None of this behavior, with either the athletes or the coaches, leads to great weightlifting. It leads to a big sweaty collection of twitching panic junkies who walk around the gym like they’ve got some kind of chemical imbalance in their nervous systems. Too much scrutiny, too much talking, too much advice, just too much of everything.

Let’s clear this bloody mess up, shall we?

First of all, it’s clear that coaches have to give input and instruction to athletes. When the athlete is doing something wrong, the coach has to fix it. This is a basic, plain vanilla concept.

However, there’s also a time when the best thing a coach can tell an athlete is, “That looks good. You’re doing it right. Keep doing it the same way.” I just can’t figure out why some coaches don’t get this. When the lifter does something incorrectly, tell them they’re doing it incorrectly and give them the input they need to fix it.

Why the hell is this so hard? I know, I know…

“We’re on a constant search for perfection!”
“You can always get better!”
“You should never be satisfied!”

Some coaches get obsessed with these notions, which obviously have some merit. However, coaching is a complex thing. You can’t just take some concept you saw on a motivational poster and use it as the blanket mentality for how you handle your athletes.

There’s a time when the lifters are doing something wrong, and you need to tell them how to straighten it out.

There’s a time when the lifters are doing it something right, and you need to tell them they’re doing it right so they keep doing it.

There’s also a time when you shouldn’t say anything. Being a coach doesn’t mean you have to step in at every turn. Good coaches also know when to shut up and let athletes handle things on their own. You’re not just supposed to teach your people how to lift. You’re also supposed to teach them self-reliance.

So those are some words for the coaches. Now, back to the athletes…

Sure, you should diagnose each lift. You need to have a strong internal sense of when your technique is either right or wrong. When you’re new, you’re clueless, and that’s why your coach is there…to tell you what’s right and wrong.

As you gain experience, you develop the ability to know what you’re doing right and wrong without being told. The longer you lift, the stronger this ability gets.

But look back at the words I just used to describe this process. I said you develop the ability to know what you’re doing “right and wrong.” If you excessively overanalyze everything, you get stuck on the “wrong” part. You think there’s always a problem, regardless of how it feels and regardless of how much success you’re having.

As General Custer said when he saw the Indians coming over the hill, “This ain’t good.”

Can you master these skills by snapping your fingers? No. It takes a lot of time, and a lot of work. You’ll make mistakes along the way, too. That’s part of the game. All you can do it keep trying.

I think that covers it. Hopefully you won’t overanalyze everything I just said. Trust me, it’s not necessary.