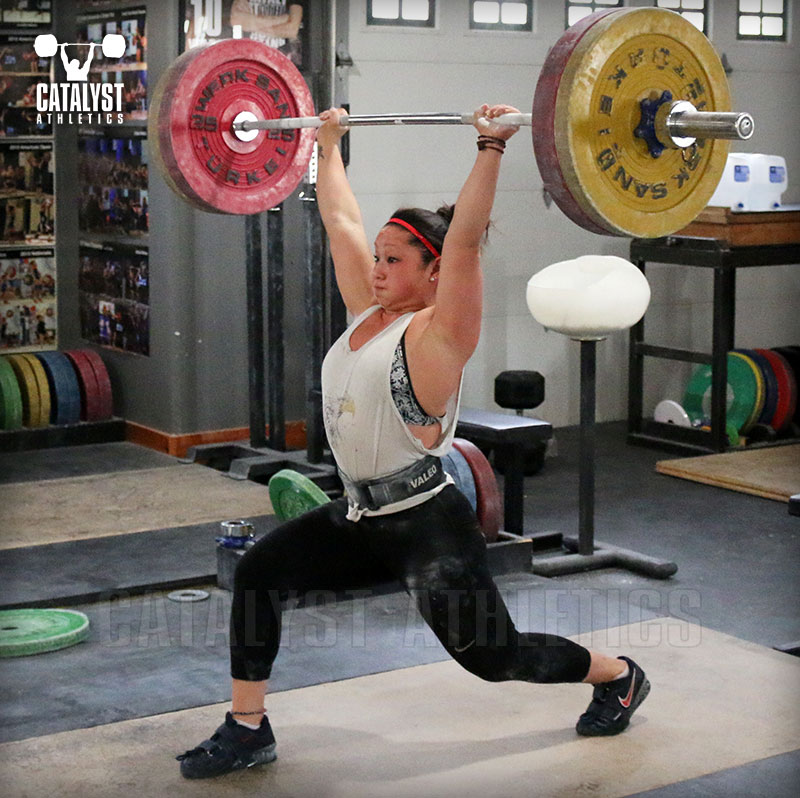 Stuff your feelings deep down inside where they belong.

I don’t give a fuck about your feelings.

All things I’ve told lifters at some point. Of course jokingly. Mostly.

Emotions are like the appendix. We all have one, and even though we’re not sure what it’s for and why we need it, it’s still there, and sometimes it blows up and creates a lot of pain and hassle when we could be doing useful things in life instead.

Before you stop reading in a huff, I’m exaggerating to make a point. Yes, I value emotion. I’m not a sociopath, nor do I want my lifters to be (had one of those… didn’t work well). I enjoy positive emotions like any other reasonably well-adjusted human being and wouldn’t give that away to avoid the negative ones… although if you think about it, if you didn’t have emotions, you wouldn’t really know the difference and you’d be fine. But let’s not overthink it; we’ll assume a complete absence of emotion isn’t one of the options on the table.

The point I’m getting to is that in most endeavors, it behooves you to divorce thought, decision and action from emotion. This is very true when it comes to athletic performance, especially in competition. Save the emotion for the podium where it’s appropriate—earn that opportunity to genuinely feel and express through discipline and commitment.

it behooves you to divorce thought, decision and action from emotion.

Emotion can wreak havoc on an athlete, from fear of failure or disappointing others, to body image issues and unhealthy relationships with food (not just for the ladies), to totally bananas stuff like legitimately being afraid of success because your shitty parents destroyed your sense of self-worth.

So if you can’t just get rid of emotion, how do you succeed as an athlete with it?

The answer is that you have to find ways to control your emotions. This involves compartmentalizing, channeling, altering and ignoring at different times, to different degrees and in different combinations. For some of you, this is a DIY project; for others, you’re going to need a sports psychologist; and for yet others, you’re going to need a regular psychologist. There is no shame in any of these. You’re not weak because you talk to a head shrinker—I’d argue that it takes intelligence and strength to recognize that need and take that step. Now, if you work with a psychologist (sports or otherwise) and expect him/her to do all the work and magically fix you, then you’re weak and it’s your fault. If you take the responsibility and do the work, no one has any reason not to respect you.

Each of you is going to need to find the right formula for yourself with some experimentation, but here are some basic suggestions that will at least get you started on the road to becoming less of a basketcase:

Sleep! Have you ever been so sleep deprived that a TV commercial for an oil company makes you want to cry? Being exhausted is a guaranteed recipe for emotional instability. Sleep helps you as an athlete in every single possible other way as well, so consistent high quality and adequate quantity sleep should always be a top priority for you. No amount of meditation and psychotherapy will overcome the symptoms of sleep deprivation.

Stress Management Along the same lines as sleep, if you’re continuously under stress and don’t have a good routine for coping with it, you’re going to be emotionally on the edge all the time and the littlest things will set you off. Now you’re putting a bunch of energy that you’re already short on into screaming at someone for putting a spoon upside down in the silverware drawer instead of using that energy to train.

Meditation Speaking of stress management, the next best thing to more and better sleep (if you’re struggling with that) is daily meditation. Before you turn your nose up at this new ager bullshit, understand that meditation can be as simple as sitting in a quiet room with your eyes closed counting your breaths. There are a lot of resources available online to get you started with some simple meditation practices. Find one that seems to suit your personality and make the effort to set aside 10-15 minutes each day to do it.

Visualization For some lifters, visualization of training and competition can serve well enough as meditation—however, it may take some time and practice to get skilled enough at it for it to serve this purpose. Initially your mind will wander and you’ll feel yourself getting aroused (settle down, I mean increased heart and breathing rate). The goal with visualization is to be able to remain focused on it from start to finish, and also be able to get through the entire exercise without increasing heart and breathing rates. When you can visualize big training days or competitions while keeping your heart and breathing rates low, you’ll know you’ve gotten a handle on those numbers because they’re no longer getting your mind worked up. Ideally do this visualization first thing in the morning and before bed when your mind is most receptive, but any time of day is better than never.

Journaling Let it out or sweat it out: writing regularly in a notebook is a simple way to get out pent up emotion and clear your head. You don’t have to write a novel, and it doesn’t even have to make perfect sense, but trying to express what you’re feeling in writing can help you sort through your emotions and get ahold of them. Often the reason emotion crushes you is simply because it’s confusing and overwhelming. Once you can understand what you’re feeling and why, it loses its power over you.

Something Else As much as I’d prefer for all of my lifters to have absolutely nothing in their lives other than weightlifting, it’s unrealistic and unhealthy (at least so I’m told). Having something meaningful other than your sport in your life is a good way to avoid completely going off the deep end when things don’t go perfectly in training or competition. If sport is literally all you have and you have some struggles, it’s going to mean an existential crisis instead of just a rough patch in training. This Something Else can be just about anything—family, good friends, stamp collecting… anything that you find meaningful and that provides happiness, and that you can fall back on when you’re struggling in weightlifting so your entire universe doesn’t crumble if you bomb out at a meet or get injured in training.

Self-Talk I know, more new ager hippie stuff, but get over it. I’m not talking about vague Stuart Smalley-type positive self-affirmations, but both proactive and reactive guiding of your thoughts in training and competition. The only way to stop a negative thought is to actively and forcefully replace it with a positive one—it’s impossible to just stop thinking negatively. Replace self-doubt with confidence by lying to yourself as much as you have to until it’s no longer a lie. Ideally this is proactive—you’re actively putting positive thoughts in your mind in training and competition before the negative ones even appear, but if they do, kick the shit out of them.

Channeling Finally, emotion is energy—if you can channel it properly, it can be useful. This is tricky and takes practice, and it may not ever be totally reliable, but it’s worth a shot. If you have the resource, there’s no reason not to try to put it to good use. In a sport like weightlifting, the emotion most obviously potentially useful is anger—it’s a short conceptual distance between feeling pissed off and lifting a heavy weight. Of course, the trick is controlling it and not allowing it to overwhelm you—you still have to be able to focus on what you’re doing, not just fly into a rage of profanity and spittle. With emotions other than anger, you’re going to have to do some work to transform that emotional energy into a more useful format. If you’re sad, why not get pissed off that your sadness is holding you back?

Having emotions isn’t weak. Acting helpless and allowing your emotions to dictate what you can accomplish in life is.

He's already got so many articles on nearly everything about weightlifting. I, for one, enjoy the posts that deal with the other aspects of the sport.

Susan
This is a great article. Once an athlete has his technique dialed in, a good training program, and a coach he trusts, the only thing holding him back is himself. This means getting a grip on the emotional/psychological side of the sport. It is real.