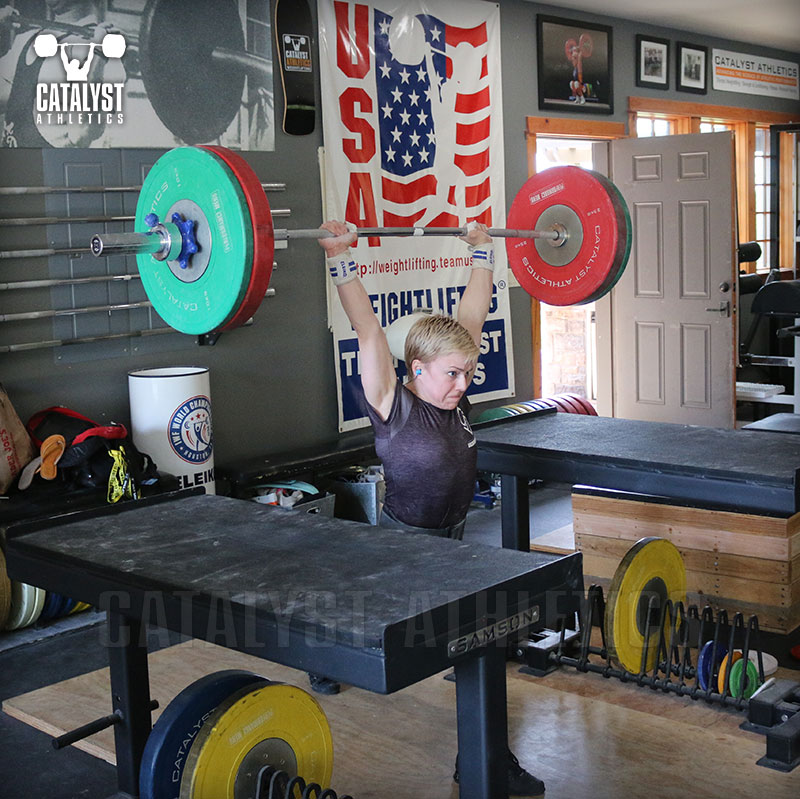 I want to revisit a subject I wrote an article about a while back. Some of you might recognize some of this, but it’ll be new to most of you.

A few years ago, I was listening to a speech from Hall of Fame NFL quarterback Kurt Warner. For those of you who don’t know anything about Warner, he’s got a pretty interesting history. He had legendary success throughout his career, winning the Super Bowl and league MVP award twice, but many people don’t know he originally entered the NFL as an undrafted free agent. Every team in pro football passed on drafting him because…they didn’t think he was worth it. Finally, the Green Bay Packers took a risk and signed him to a rookie contract just to fill their roster. Twenty-three years later, he was inducted into the Hall of Fame.

This made me think about myself, and weightlifting, and all of you. It occurred to me that I did this same thing when I was a young lifter, without even knowing it. And the more I think about it, the more I realize this was one of the best things I did when I was getting started in my career.

I wanted people to look at me in a specific way. If my name came up in conversations between other lifters or coaches, I wanted them to say things like, “Matt Foreman is a hell of a competitor” and “Oh yeah, I know Matt. He’s one of the hardest workers I’ve ever seen.” It wasn’t really about the titles I wanted to win or the records I wanted to break. Those things mattered, obviously, but I didn’t want my weightlifting career to be defined only by my accomplishments. I also wanted to be defined by my competitiveness, my toughness, my work ethic, and my resilience. When I look back at it now, I realize those things were every bit as important to me as medals and records.

You’re all lifters and coaches, and you’ve got goals. Are your goals limited to meets you want to qualify for, and weights you want to lift? Or do you also have goals for the kind of person you want to be, and how you want to be remembered? This is next-level stuff, and it can take your career to greater heights than you ever imagined if you approach it the right way.

I quickly think of two lifters who exemplify the concept of athletic personality…of being defined in a particular way. The first one is David Rigert. Rigert was a Soviet lifter from the 1970s who left an amazing mark on the sport. He was an all-time great: Olympic gold medalist, world champion, world record-holder. His track record of accomplishments is legendary. However, if you talk to anybody who knew about David Rigert back in the old days, I doubt if many of them would talk to you about his championships and titles. They would talk to you about WHO HE WAS more than WHAT HE DID.

Rigert was an animal. Physically, he looked like he was carved out of granite, and the level of intensity he competed with was startling. He was widely known for his complete lack of fear with weights that had never been attempted by anybody before. He once snatched 170 kg (8 kg below the world record) in a training hall with no warmup, completely cold. Rigert was more physically intimidating, mentally focused, and competitively courageous than any lifter in history.

Most people don’t even know that he bombed out of two Olympics. He bombed in 1972, won gold in 1976, and bombed again in 1980. WHO HE WAS mattered more to people than those bombouts. THIS is what Kurt Warner was talking about, when people see something special in you that’s bigger than any medal or world record.

US lifter Norbert Schemansky was another example of this. Physically, he was a lot like Rigert. His muscularity and intimidating presence were famous in the sport. But the thing Norb was known for more than anything was his toughness and longevity. He was a four-time Olympic medalist, winning gold in 1952, silver in 1948, and bronze in 1960 and 1964. He snatched a world record when he was 37 years old, after back surgery. Despite having to work in factories his whole life to support his family, Norb just never quit. He kept coming back year after year, injury after injury…winning championships and breaking records. He was still winning medals at the US National Championship when he was 46.

Lifters like Rigert and Norb are special. People idolize them while they’re active, and then remember them with fondness long after they’re finished. Sure, they’re remembered for their championships. But there are lots of other athletes who win those same championships and never get the same reverence and inspiration as the Rigerts and the Norbs. Both of them won Olympic gold once. Other lifters have won Olympic gold twice, or even three times, but they aren’t remembered in the same way. WHO THEY WERE is bigger than WHAT THEY DID.

The important thing to remember about this mentality is that you don’t have to be a world champion to have it. Sure, high-level accomplishments will get you greater public esteem and fame. We don’t remember Norb and Rigert ONLY because of who they were. Their Olympic gold medals and world championships elevate them to a special level of recognition, just like Kurt Warner’s Super Bowl MVP, and most of us will never get that far.

But that doesn’t make you unimportant. Think about the people around you. Think about your teammates, your training partners, your coaches, your family, the competitors at the level you lift at, etc. Whether you’re in the big time or the small time, you’ve still got a community around you. How do you want to be regarded by these people? What do you want them to say about you when you’re not around? What kind of values and qualities do you want to embody?

Do yourself a favor and spend a little time thinking about this. If you have the right ideas about yourself, and you work hard every day to live up to those ideas…who knows? YOU might be the one people remember in a special way.

Are You a Good Teammate?
Mike Gray | Weightlifting Coaching & Gym
Are You a Contributor or a Consumer?
Greg Everett | General Training