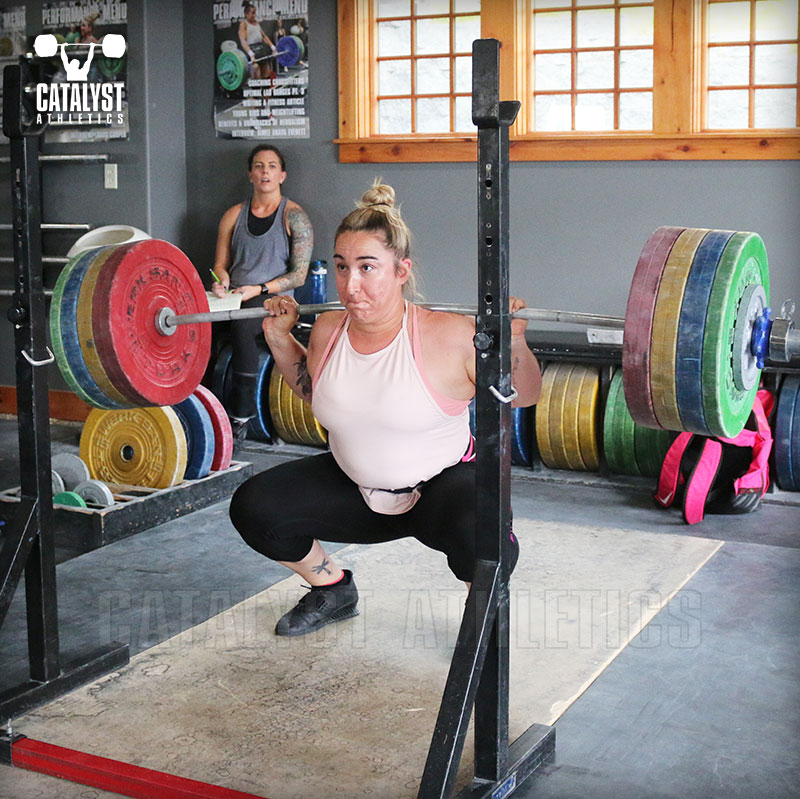 The COVID-19 quarantine has been going on for several weeks now. Gyms have been closed almost everywhere throughout this time, so lots of weightlifters have been dealing with frustration and inconvenience.

Several people in the weightlifting community were prepared for this because they already had gyms at home. Hell, many of you lift at home full-time anyway, so the coronavirus crisis hasn’t really derailed your training.

But I’ve also spoken with some lifters who are in a unique position you might be able to relate to. They’ve got squat racks, bars, and plates at home…but that’s it. They don’t have bumpers, a decent Olympic bar that spins, or a platform where they can drop anything. In other words, all they can do is pulling movements and squats. No snatches or clean and jerks.

This has raised an interesting question I want to look at: How much SN/C&J strength can you hang on to if you’re only doing pulls and squats for an extended period of time?

For example, let’s say you were snatching 80 kg before COVID-19 blew up. Now, you’re looking at a quarantine that could last a couple of months, and you’re not going to be able to snatch at all during that time. You can do all the snatch pulls, clean pulls, RDLs, and squats you want…but no overhead lifts. Will you still be able to snatch 80 kg when you get back to normal training? If not, how much dropoff will you be looking at? Will you be struggling to hit 70 kg when you start back?

So, can you expect to maintain your SN/C&J numbers when you’re not doing SN/C&J? If so, what’s the expiration date? When does the dropoff start, and how much can you expect?

First of all, you need to understand there’s no consistent, set-in-stone pattern with this. It’s completely individual. Some lifters can take an extended break from the competition lifts and not lose anything. Others go into a downward spiral after a short time. There are some variables that play into it.

Experienced lifters will often notice less dropoff because their technical mastery will be slower to erode. They’ve developed a big skill set, and the movement patterns of the lifts are deeply ingrained in their nervous system. As long as they’re staying strong with pulls and squats, their SN/C&J isn’t going to backslide much…if at all.

Inexperienced lifters might see a lot of dropoff because even though they’re staying strong with the pulls and squats, they’re losing rhythm and technique. They don’t have the same level of motor pattern memorization as a highly developed lifter, so they feel like a drunk giraffe walking a tightrope when they try to snatch again after a long time away from it.

But even this isn’t always a reliable formula because there are other variables at play. To state it bluntly…lifters with more talent will often have less trouble with layoff times. They won’t lose their technique because they have an innate level of athletic skill that always keeps them on the higher end of the totem pole.

Here’s some of my personal experience with this. In my early years, it usually took me a week or two to get my rhythm back after some pulls-and-squats time. But as I continued to improve and develop over the years, it got easier and easier to hang onto my technique and timing, even if I took a long time away from the OLifts.

My best official snatch was 155 kg, which I did in 1998. A couple of years after I did this lift, I decided to take some time away from Olympic lifting and do powerlifting instead. I spent an entire year without doing a single snatch or clean and jerk, but I got really strong in the squat and deadlift. After a year, I decided to try some snatches just for the hell of it, and I hit a pretty easy 140 kg my first workout back (I actually did this lift about ten minutes after I squatted 250 kg for a set of five). So I was still able to hit 90% of my liftetime best, even after an entire year of not practicing the movement. But…you have to remember this was after 12 years of full-time Olympic lifting training.

Bottom line: don’t go into a squats-and-pulls phase with predetermined expectations for where you’re going to be after it’s over. You never really know how it’s going to go. Some of you might already be resigning yourselves to lousy numbers when you come back to training after this quarantine is over. In a way, it’s good to do that, because you’re taking the pressure off yourself. And you never know, you MIGHT experience a lot of dropoff during this thing. Let’s be honest and acknowledge that.

But there’s a difference between honest acknowledgement and self-defeat. You can say to yourself, “I’m gonna have an uphill road when I come back from this thing, but I’ll get back to my top stuff. Just give me time.” That’s a good mental outlook. It’s NOT okay to say, “God, I’m gonna be totally screwed after this quarantine. I don’t know if I’ll ever be able to get back what I lost.”

That’s mentally weak. Remember what they always say about this sport, my friends. It’s 50% physical and 50% mental. You can prepare yourself for a rough road without kicking your own ass and sticking yourself in a hole. At the end of the day, the people who are internally strong are going to wind up on top. Make sure you’re one of them.


1 Comments
Didi
Any tips for returning back to training after a long break?