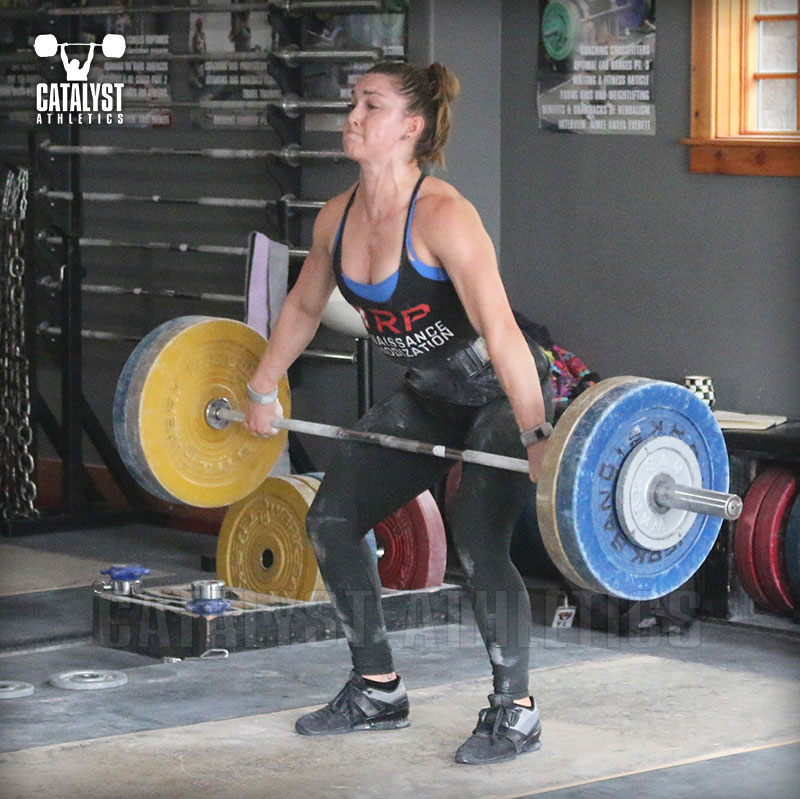 Some athletes are like dogs, and others are like cats. As a coach, you need to know how to handle both types. Let me explain.

With dog athletes, we’re talking about the ones who are high on aggression and low on fear. They’ll go 100% hell-bent-for-leather in every single workout if you let them. If you want them to attempt a personal record six or seven times, they’ll do it. In fact, they’ll probably keep attempting it until you tell them to stop, and even then they’ll argue with you because they just KNOW they can hit that snatch on the fourteenth try.

Dog athletes aren’t scared of much. The idea of failing or getting injured just doesn’t seem to enter into their minds. To them, the whole training experience is like a golden retriever going to a dog park for the day.

And like a dog with a tennis ball, these athletes like to challenge you. If you’ve ever played fetch with a dog, you’ve probably noticed how he brings the tennis ball back to you after you throw it, but he also makes you fight to take it out of his mouth before you can throw it again. He likes to battle you a little bit. He’s not doing this because he wants to keep the ball and end the fetch game. Believe me, he wants you to take the ball away from him because he wants you to throw it again. He just likes the playfulness of grappling with you. Dog athletes are the same way.

This might bring about a little back-and-forth exchange between you and the athlete about who’s going to make the final decision. At this point, you have to decide how stern you want to be with your treatment. If you blow a gasket and verbally explode on them, it might cause your entire relationship to take a turn for the worse. The athlete might walk away from the tongue-lashing like a dog would walk away from being kicked, and you don’t want that. When it’s all said and done, you still want both the dog and the athlete to feel empowered and enthusiastic.

There are plenty of obvious positives about dog athletes. If you can get them under control, they have a much better chance of becoming successful because of their natural intensity and willingness to work hard. Laziness won’t be much of an issue here. And as with dogs, these athletes will often develop a powerful loyalty to you as they grow and develop. Through smart discipline and intelligent treatment, you’ll wind up with a lifter who’s not only a well-trained weightlifting machine, but also willing to chew somebody’s leg off if they give you any trouble. Good stuff.

And then you’ve got cat athletes.

First and foremost, cat athletes will be much more cautious than dog athletes. They’ll be very hesitant about stepping out of their comfort zones, just like cats are when unfamiliar people come to the house.

They’ll often have a particular amount of weight they’re comfortable attempting in workouts, something they know they can make consistently with very little chance of failure. And it won’t be easy to get them to load a few more kilos on the bar and take a shot at it. You have to push them to attempt new personal records. They won’t instinctively go for it on their own, like the dogs will.

They’ll avoid situations that could result in pain, embarrassment, or failure. And unfortunately, some coaches will dismiss these athletes as cowards and simply conclude that they just don’t have the mental disposition to be weightlifters, which is the wrong way to go.

The coach has to find a way to push the athlete while still providing a sense of safety. Often, the cat athletes will be reluctant to attempt personal records simply because they feel like they’ll disappoint the coach if they fail. As a coach, you have to make it clear to the athlete that you’re supportive of them, even if they don’t always succeed. Basic expressions like "We’ll get it next time" or "I’m proud of your effort" can go a long way. Cats don’t come out from under the bed when they get screamed at. They come out from under the bed when they’re confident in their surroundings.

Look at yourself from the outside and think about which animal you relate to. How about your coaches? Would they say you’re a dog or a cat?

Looking back at myself as a young weightlifter, I think I was a pretty direct example of a dog athlete. I wasn’t easy to handle. I wanted to go as heavy as I could every single day, and I had no problems with trying a personal record twelve times in a row. I also had a defiant attitude and a short fuse, which didn’t exactly make me America’s Sweetheart.

In retrospect, I have to thank god that I had a coach who didn’t get fed up and kick me out of the gym. He certainly had reason to. But as I’ve mentioned in this article, he found a way to condition me to his way of doing things. To use some dog terminology, he had to swat me in the nose with a rolled-up newspaper a few times. And he did it in a way that let me know he wanted me to be successful and he didn't hate me. As time passed, I learned. I learned who the boss was, and I learned that following his instructions was going to put me in a better position to be a champion. After a few years, my loyalty to him was so strong that I would have chewed broken glass if he told me to.

You have to learn the same methods, and then you have to develop your own style to get your athletes to follow your methods. It takes time, believe me. Coaching is a skill that takes years to develop. But you’ll be okay if you remember that people have differences, and they require different treatment. If you don’t believe me, put your cat on a leash and try to take it for a walk around the block the same way you would with a dog. See how that works for you.