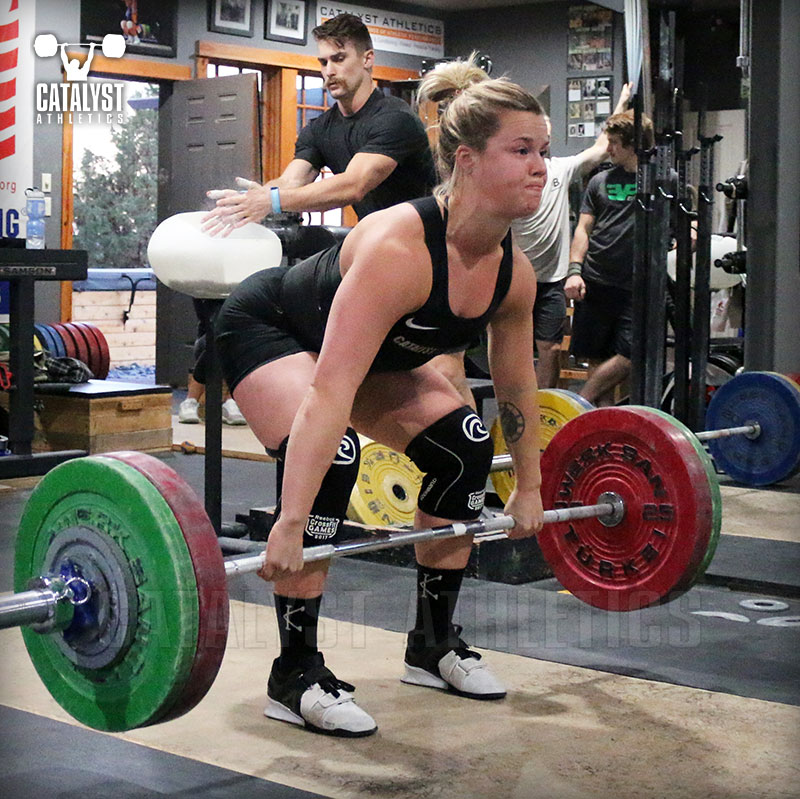 Let’s talk about poaching in weightlifting, shall we?

It’s a buzzing topic these days, for sure. In case you don’t know what it is, “poaching” is when weightlifting coaches try to lure athletes away from the coaches they’re currently working with. Basically, poachers build their roster by stealing lifters from other coaches. That’s probably the simplest way to describe it.

There are two things you need to know about poaching. First, it’s always been considered one of the lowest forms of behavior in weightlifting, for as long as I’ve been in the sport. Trying to steal athletes from other coaches makes you pond scum, or at least that’s the way it’s been throughout my time in the game. That’s why it hasn’t been very common. Most people who are worth a damn wouldn’t do it.

Second, it’s actually prohibited in the USAW Code of Ethics. So not only is it frowned upon…it’s also illegal. The exact wording in the Code of Ethics is as follows.

Failure of a receiving coach to consult with and fully inform the coach of record, and/or an athlete’s parents (if the athlete is less than eighteen (18) years of age) about ongoing discussion with an athlete about switching coach of record, a change of team of record, or of enrollment in a USAW/USOC sponsored facility or program.

Enticing an athlete to change the coach or team of record for monetary or in-kind incentives.

These are violations of USAW rules. So, why is this topic buzzing? Because there are a lot of rumors floating around the scene right now that indicate poaching has become common practice with certain coaches and programs.

I’m not going to mention any specific names, for two reasons. 1) This article is intended to be an examination of the issue, not muckraking. 2) I don’t have concrete information that confirms the rumors I’ve heard. Granted, the people I’ve spoken to are pretty reliable and they’re on the inside, but there isn’t any evidence (at the moment) that would hold up in court. However, reports and grievances are being prepared, based on what I know.

Now…let’s take a closer look at the whole shebang. The first thing we need to acknowledge is that it’s not illegal (or wrong) for an athlete to switch teams/coaches. I did it once, back when I was 20 years old. It was the right move for me as an athlete, I had good reasons, and it turned out to be the best decision I ever made with my career. The coach I went to didn’t poach me. I approached him. Everything happened ethically. The coach I left wasn’t happy, but he understood and we parted on the best terms possible.

That’s an entirely different situation from coaches reaching out to athletes under the radar, deliberately trying to get them to jump ship…especially if there’s money involved. Follow me on this hypothetical example:

You’ve got an athlete who’s working with a proven, established coach.

The athlete is having success.

The athlete makes a decision to switch to an unproven, unestablished coach.

When you see something like this happen, there’s MOST LIKELY money involved. Good weightlifters usually don’t leave good coaches for lesser ones unless they’re getting paid a lot.

Obviously I don’t have a problem with lifters making money. Quite the opposite. I lived many years as a broke weightlifter myself, and I know how much it holds you back. If you have to work a job, you probably can’t train full-time. If you can’t train full-time, you’re probably going to lose to lifters who CAN train full-time. Getting your bills paid can literally be the difference between making the Olympic Team and staying home to watch the Olympics on TV. So when weightlifters have a chance to make money, I’m all for it.

If you want to build a weightlifting program, and you’ve got somebody with a big billfold involved who can supply the cash to pay lifters…that’s terrific. BUT…you have to build that program the same as everybody else: round up a gym full of lifters, coach the hell out of them, and work your way up to the top. And when I say “round up a gym full of lifters,” I’m NOT talking about going to Nationals and trying to shoplift a bunch of medalists who already have coaches.

Some of you disagree, of course. You take a survival-of-the-fittest, all’s-fair-in-love-and-war perspective on it. Free market economy, right? Let the strong crush the weak with any resources available?

Sure, I get it…from a philosophical standpoint. But you’ve probably never been a real weightlifting coach if that’s how your look at it. You should stick to reading Ayn Rand and following the sport on the internet.

There might be a few big-time lifters reading this who think I’m talking directly about them. This is a strongly-worded article, so it might come across like I’m directing it at somebody. I’m not. As I said earlier, I don’t have any information specific enough to direct at anyone. The only people who need to get their undies in a twist over this are the ones who are doing it, and I don’t know who is or who isn’t. I’m just sitting over here like Tony Montana. I got ears…I hear things…

My final thought might sound a little metaphysical or corny, but I’ll say it anyway because it’s true. Weightlifting is a karma sport. Trust me on this one. I’ve been around a lot longer than most of you and I’ve seen it play out too many times. What goes around in this business usually comes around. If we were sitting in a bar having a beer, I could tell you some great stories to illustrate this. But for our purposes at the moment, please just take my word for it…it pays to do the right thing in Olympic lifting.

Individual 1
Athletes should be free to choose who they train with under any circumstances. If coaches get upset that their former athletes left them, then they should work to be better coaches. They should work to provide the same opportunities that drew those lifters away. Good lifters have value, especially in the age of social media. This is not just a business for coaches and gym owners anymore. Times have changed, but business hasn't; in business, you take a better offer when it comes along. Make a better offer.
Athletes ARE free to choose and go any coach/team they want, and Matt wrote that explicitly. The issue in question here is the behavior of the coaches. If you truly have something better to offer and it's all above-board, why be sketchy about it?