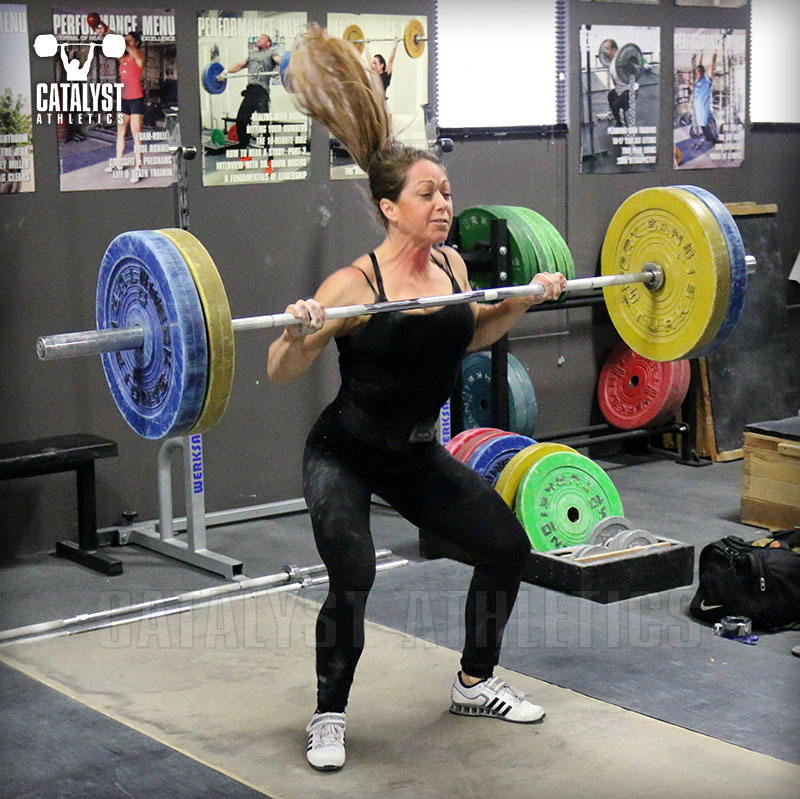 I once read an interview with legendary writer Ernest Hemingway where he was asked, “What is the best early training for writers in their younger years?”  His answer was, “An unhappy childhood.”

Strange answer, but I get it. The idea that difficult experiences as a youth will give somebody the kind of inner conflicts and introspection that eventually transform into written ideas that move people. Understandable, and I agree.

So… about weightlifting. In a similar vein as the Hemingway question, do you want to know one of the most common things I’ve noticed over the years that produce outstanding competition performances?

Some sketchy training before the meet.

In my own career, this has been easy to spot. When I think back about the five or six best meets I ever had in my life, I can absolutely recall a few bad workouts (sometimes more than a few) in that down-the-stretch final few weeks leading up to game day.

Many of you have competed recently. Most of the planet lifted in the AO Series 3 meet in Las Vegas, and I’d be willing to bet several of you went through exactly what I’m talking about. Leading up to meet day, you had some lousy workouts that rattled you mentally and pissed you off.

Show of hands? Anybody who can relate?

Plenty of you went through this. I’m certain of it. I’ve been in weightlifting for a very long time as both a competitor and a coach, and I’ve seen it hundreds of times. Athletes are close to competition and they’re in fantastic shape, but they still deal with a few training sessions that leave them kicking stuff and barking F***!!

And then you showed up at the meet and crushed it anyway.

It’s not always like this. That’s important to acknowledge. Sometimes you have bad training… and a bad meet. Sometimes you have great training… and a bad meet. There are multiple combinations in this game. Often, you sail right through all your workouts without a hitch… and then you have a great meet.  It went perfectly from beginning to end, like it’s supposed to. When this happens, be thankful. The weightlifting gods have smiled on you, and you should soak it up before they decide to piss on you again somewhere down the line.

Why do bad workouts happen prior to competition? There’s obviously not a singular answer to that. It could be caused by a wide range of things. Increasing nervousness as you get closer, fatigue from weeks of hard training, normal weightlifting buggery, etc. Sometimes, you know exactly what produces a bad workout. Other times, you don’t have the first damn clue.

The important thing to remember is that these crappy workouts don’t have to lead to a crappy competition. Believe it or not, they can actually work in your favor.

Let me describe what I mean by that. Have any of you ever gone to a meet and missed your opener because you were already thinking about how badass it was going to be to make your third attempt? You felt super confident, so you didn’t give your opening attempt the respect it deserved. You overlooked it. Then you missed it. So you had to repeat it, and then you made it on your second attempt and also made your third attempt, and you walk away irritated because you didn’t get to try the big goal weight you had in mind for your third attempt. Then you get drunk and obnoxious in the hotel bar and everybody hates you.

I’ve done this, for sure. I’ve also coached several athletes who did it. It’s fairly common when you sailed through training without a hitch and your opening attempt has turned into a weight you can make in your sleep.

Bad training sessions prior to competition remind you that none of it is going to be easy, and you’re going to have to sharpen up and be perfect on every single lift. Basically, they remove the possibility of being TOO confident. You always want confidence, obviously. But you don’t want to cross over into that dark territory where you expect everything to just happen perfectly because you’re so bloody fantastic. You want to go into meets with the proper mindset: that you’ll have to be perfect on every single lift if you want to have a big day. Bad training drills that into you.

Many of you have seen this play out in your own careers now. That’s a good thing, because now you have this understanding as mental ammunition for the future. If you ever have rough training prior to a meet in the future, you won’t panic. You’ll know you’ve got it under control, and you’ll annihilate your lifts at the competition.

Obviously, you’re not supposed to read this article and then intentionally tank a couple of workouts prior to a meet. Constant perfection is still the goal, as always. But it’s important to have the right mindset when it doesn’t pan out that way and the weightlifting gods look down on you and say, “Yes, my child. You will also struggle.”

They’re not damning you to hell. They’re just testing you. That’s their job. Your job is to pass their tests. So toughen up and get it done.