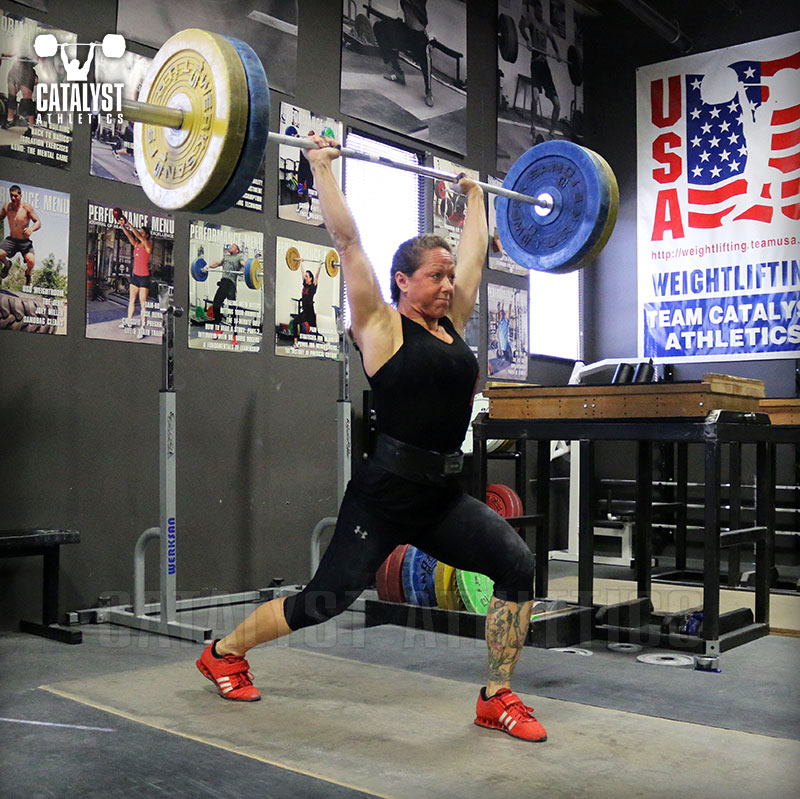 More recently in the weightlifting world, there has been a little push back on this idea. People are seeing elite weightlifters here and there doing some static stretches in their warm-ups and suddenly confusion abounds.

From my perspective, it’s actually pretty simple and nothing to get your undies wadded up over. Let’s sort it out so we can all just get back to getting better at weightlifting than typing on a phone.


Mobility vs Warming Up

First of all, we need to distinguish between stretching for improving mobility (as a baseline capacity) and for warming up for training or competition, because these are two related but very different things.

For mobility/flexibility, I’m a big and lifelong fan of static stretching. I laugh a lot seeing all the complicated information and unnecessary euphemisms like “mobilizations” and think about the olden days when we just called it stretching and it worked fine.

Listen. I get it. Developing mobility as an adult, especially one without a particularly extensive athletic background or with many years of sedentarism under you belt, is a tough, slow, soul-crushing endeavor. It’s a lot easier to have the foresight as a toddler to stretch every day and preserve the natural range of motion you had straight out of the box. But that’s not an option you get to choose at this point, so you’re going to just have to accept the process.

As I’ve written previously, static stretching is an effective way to improve the flexibility of your muscles and consequently the range of motion of your joints. It’s by far the most common method and has been employed by athletes, dancers and contortionists for longer than any other for good reason: it works. To argue its effectiveness is just plain contrarianism.

This doesn’t mean there aren’t some new things out there that can help in a supplementary sense, but humping lacrosse balls and knotting yourself up in old bicycle inner tubes isn’t a substitute for the tried and true.

Static stretching for improving flexibility is best done after training and/or when you’re at least somewhat warm. Stretching at other times won’t hurt, it just won’t be as effective. If you can stretch at additional times, knock yourself out—the more time you spend stretching, the faster you’ll get the results you want.

Ease into the stretch progressively and try to relax overall while contracting the antagonist muscles to get some reciprocal inhibition. For example, if you’re stretching your hamstrings, tighten your quads—that antagonist contraction will cause the agonist (hamstrings) to relax more.

Hold the stretch for basically any amount of time… I know that’s an annoying thing to say, but the research pretty much all agrees that it all works well. Personally I’d recommend 30-60 seconds. If you can stand more without wanting to pull your hair out from boredom, that’s even better. Another option is to perform multiple sets for each stretch to accumulate more time—you’ll be increasingly flexible each set.

First, static stretching has no warming effect on the body. Part of warming up is literally warming up… an increased body temperature means improved communication between the CNS and motor units. It’s not just about muscles feeling “looser.”

Second, if you’re not already warm, as I mentioned previously, you’re not going to get as much effect from static stretching. Dynamic movements will both warm and improve range of motion for training, so it’s just the more logical approach.

And third, yes, it may reduce explosiveness and proprioception, two things we’d like at maximal capacity for weightlifting.

Now—there are exceptions, as always. The big ones are pretty obvious: muscles that aren’t really going to directly contribute to whatever you’re doing in training or for whatever reason any potential neurological disruption thereof won’t be an issue. Examples are stretching the forearms for the wrists, the shoulder girdle and lats for shoulder range of motion, and the calves for ankle ROM. Static stretches for these areas are totally fine and you shouldn’t have any concern about using them in your warm-up.

The other exception is a more global one: If you’re a relatively new lifter with extreme mobility restrictions, and you can squeeze a bit more movement out with static stretching in addition to your other warm-up elements, by all means, do it. In fact, stretch between sets also—it’ll help progressively more as you get warmer. The neurological disruption we’re talking about is extremely minimal, and even if it were a bit more significant, if you’re this inflexible, you’re not lifting at a level high enough to really be affected by it (no offense).

If you’re doing some static stretches as part of your warm-up, just follow one basic rule: Warm up first! In other words, do all your other warm-up activity such as any monostructural work (row, jog, cycle, jump rope, etc.), dynamic range of motion drills, muscle activation work (side butts, rotator cuff, trunk, etc.) before you do any static stretching. You’ll be better prepared to actually stretch in a way that doesn’t strain your muscles and actually helps get you an improved ROM for the subsequent training.

Now get out there and have some fun, you rascals.

Chris Yang
Thanks for this, Coach! There really is no right or wrong. Just what works best for the individual and whats accessible.
Jord Gabriël
He greg thanks fot the article. i had a similar view but you're really good at describing it all. But about the static stretching after strength training. I heard you shouldn't do it because it tears the muscles fibers you just damaged even more. what do you think about that?
Stretching doesn't tear muscle fibers unless you're doing it wrong, and in weightlifting, there's relatively little fiber damage; more progress is derived from neurological adaptation. Plus, if you did want hypertrophy, it would seem odd to be concerned about additional muscle fiber damage. So in short, sounds silly to me.