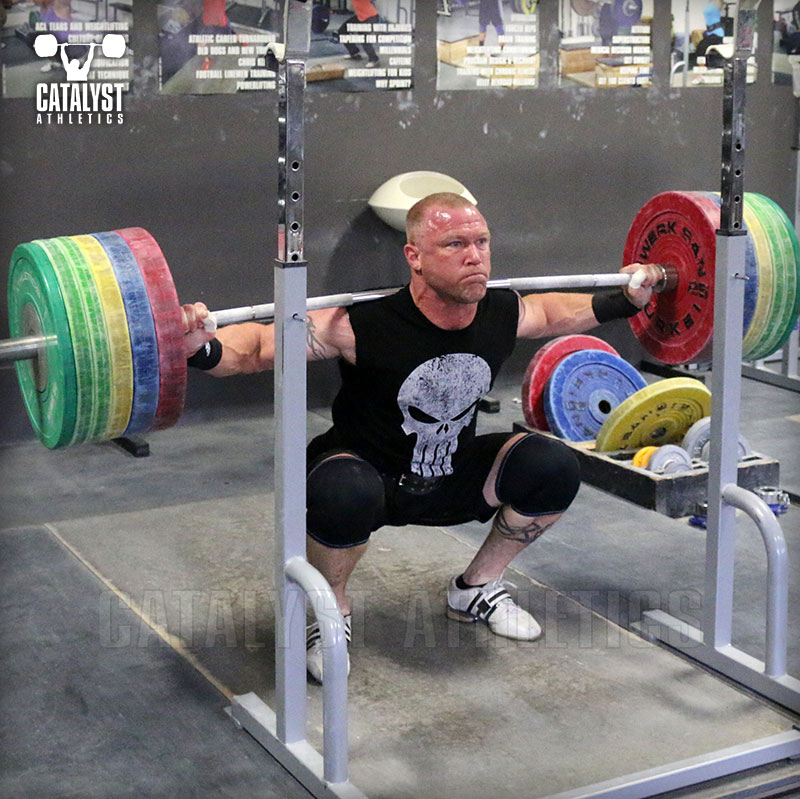 See more articles & videos like this in the Weightlifting Program Design collection.
Weightlifting has seen a big increase in participation in the last few years, due primarily to the influence of CrossFit. Many of the new lifters coming to the sport are, as you might call it, "mature", and this has created a lot of confusion and frustration, as much of the information regarding weightlifting, particularly program design, is intended for young athletes.

While it would be nice to simply have some simple recommendations for masters athletes, the reality is that "master" spans a huge range of ages - anything 35 and older. There is a big difference between any 35 year-old and any 60 year-old, for example.

Moreover, there can be dramatic differences between two 35 year-olds, and they may require starkly different approaches to training and programming.

Generally speaking, the older you are, the less volume, frequency, and average intensity you can handle productively. I say productively, because while you may be able to "tolerate" something in the sense that you can force yourself to keep doing it, that doesn't mean it's actually creating progress, and that's all that matters. It's cool to be tough enough to handle beating yourself to death 6 days/week for 5 hours/day in the gym, but it's a bit silly if you're not getting better.

But the bottom line is that each of you will respond differently to training and will need to experiment to find what produces the best results for YOU. If you're older, I suggest starting conservatively and building up as possible rather than the other way around. Overdoing it from the start makes it much harder to evaluate what's working - if you're constantly destroyed from the previous week of training, you won't be able to assess accurately how you're responding to the current week, for example, because that training will be occurring under the lingering influence of the previous week of beatings.


See more articles & videos like this in the Weightlifting Program Design collection.

Hung Pham
It's reassuring to read this... not only am I a Masters Class Weightlifter, I started strength training in general, at an older age (in my 30's). Did my first open at 33.

On top of that, with recent lifestyle changes, I moved from the top of the 85kg class to the top of 77kg class (mostly fat, as my BF% has gone down).

I got hit with some life events (got laid off) and now trying to get back to consistent training... realized that a few weeks off AND shifting weight classes, I am no where near as strong as I was (at the very least, I feel that way). But just as I'm starting new in a job, I need to start "new" with training again. Thanks for the reminder!

Jose Torres
Thanks for posting this.
I just had rotator cuff surgery on my left shoulder after chronic pain that didn't go away. Any special work out regimen you can think of or tried yourself?
I feel so awkward not being able to do clean and jerk or snatch for the next 6 months.
Any advice will help. Not all orthopedic surgeons are comfortable in rehab for an Olympic lifter who lifts for the love of it.
I had 6 anchors put into my shoulder to reattach my arm in 2015... no snatch or CJ for over a year. There are about a million other things you can do, and what exactly you can personally will depend on the injury, how you're recovering, etc., so you're going to have to figure that part out (ideally with the help of the surgeon and/or a PT). Squatting and unilateral leg work are the big obvious ones (even if you need to use a safety squat bar initially); good morning variations; trunk work of all kinds; jumping, etc. You may be able to do some upper body work fairly quickly - I don't know how serious the repair was.

Greg Everett
Andy SHelton
I like that Mike is the face of "OLD".