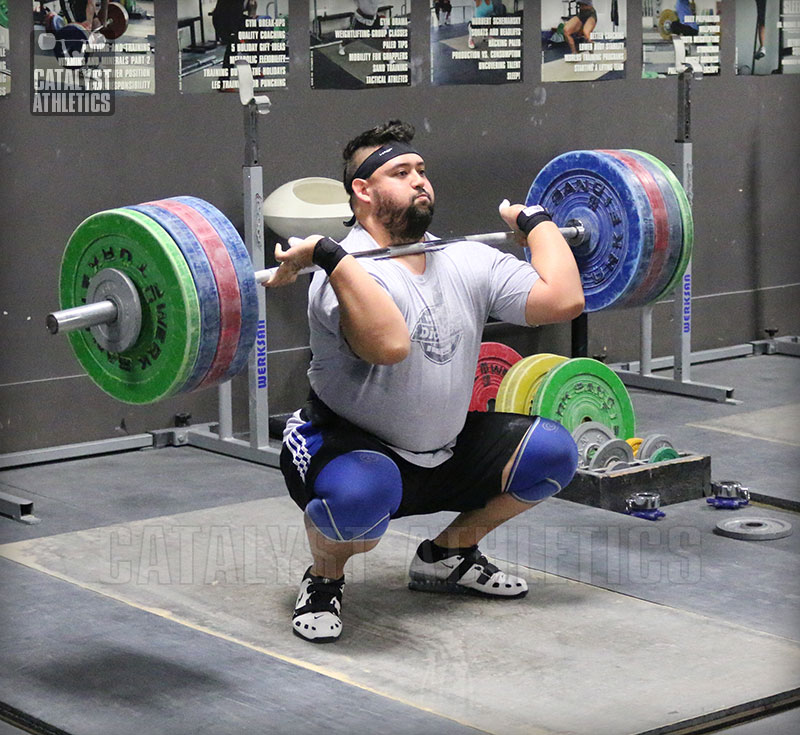 So… the qualifying totals for the American Open were released by USA Weightlifting last week.

As many people predicted, the totals are now significantly higher than they were last year. In case you haven’t followed this situation, let me break it down for you quick and easy. The American Open is the second most important weightlifting meet in the United States (after the National Championship). In 2015, 955 athletes competed in the Open, making it the biggest meet in the history of the sport. This meet has usually only had around 400-500 lifters in recent years. Back when I competed in the 90s, it was even smaller.

Because of the immense size of the 2015 meet, many people started clamoring that the qualifying totals were too low. In many cases, athletes were qualifying for this meet in their 1st or 2nd competition. The comments I heard often sounded like, “You shouldn’t be able to qualify for a national meet in your 1st or 2nd meet. The totals are too low. Anybody can make them.” Etc., etc…

So, the federation raised them up quite a bit. In the 85 kilo class, for example, the American Open qualifying total in 2015 was 247 kg. For 2016, it’s been raised to 271 kg. That’s a 24 kg increase, which is pretty hefty. Many of the lifters who squeaked into the Open last year with 247 probably aren’t going to be able to make the 271 they need to go back this year.

You can see where this is going. Several lifters have been eliminated from the national scene now. The new qualifying totals are going to be out of reach for a lot of the athletes who competed in 2015, so they’re gonna be staying at home this year, watching the meet on webcast.

I’ve already spoken with some lifters who are pretty discouraged by this. Some of them had to fight like hell just to make it in 2015, training their asses off and rearranging their whole lives to do it. Now, with 20+ kilo increases in one year, some of these guys and gals are in a situation where they have to take a realistic look at things and understand it’s probably not gonna happen. Improving your total over 20 kilos in one year is possible. A lot of people do it. But it usually doesn’t happen when you’re already stretching the absolute limits of your physical capability.

There’s some frustration out there.

I get it, trust me. Let me tell you a personal story that connect with this situation. Back in 1996, I was 24 years old and just starting to climb the ladder on the national scene. I had a 320 kg total in the 108 kg class, and I was making fast progress. At the time, the World Team qualifying total in my weight class was 348 kg.

Going from 320 to 348 was obviously a big leap. But I was young, improving quickly, and I believed I would be in striking distance with three or four years of hard work. It was the main motivator of my career at the time.

Then, in the beginning of 1997, the federation raised the World Team qualifying totals. In my weight class, it went from 348 to 385.

385 kg. That was pretty close to the damn American record.

When somebody told me about this, I was in the gym, getting ready to start training. I was sitting on a bench putting my shoes on, and one of my teammates walked in with a newsletter that had the new totals posted in it. When I heard the total in my weight class had gone from 348 to 385, I literally stopped lacing up my shoes, sat back against the wall, and asked, “Why the #$%! am I even doing this?”

That news was a kick in the nuts. I’m not a negative person, but I’m also not stupid. Going from 320 to 348 was a long shot, but not impossible. 320 to 385? That definitely felt kinda impossible.

And let’s direct that question at all of you. Because whether you’re trying to qualify for the American Open or not, I’m willing to bet many of you ask yourself this question occasionally.

Things get really rough, progress stops, injuries start to pile up, age continues to drag you backwards… you know? I probably just described 80% of you.

All of these things can occasionally make you ask, “Why the #$%! am I even doing this?”

First of all, I don’t know why you’re doing this weightlifting thing. Everybody has their reasons. Most of you probably aren’t in contention to make a World Team. Some of you might be close to qualifying for national competition (or already have). Many of you are just doing it because you love it, it makes your life better, and you’ve got personal goals you want to accomplish.

And many of you have already learned a fundamental truth about this sport…every once in a while, it’ll punch you right in the damn face.

After that punch hits your face, you have to make up your mind how to respond.

I would recommend punching back.

I never totaled 385 kg. But I kept making progress and I did a lot of other great things in weightlifting that I still look back on with incredible pride and satisfaction. The best years of my career happened after that day I asked, “Why the #$%! am I even doing this?”

Sometimes, you just have to tighten your jaw and keep plowing ahead.

Sometimes, you have to pull back, take some time off, heal up, possibly get surgery, and stay mentally frosty the whole time with the idea that you’re in a temporary phase, and you’ll be back in action when it’s over.

Sometimes, you have to change things. Your program, your gym, your personal life… maybe even your goals and how you measure your success.

And sometimes, you might actually have to quit. But trust me, you don’t want to quit because something discouraged you, or because you felt like you had to. If you have to quit, do it when your soul is at ease.

You’ll spend the rest of your life with acid in your mouth if you quit for the wrong reasons.

Greg Everett
My understanding from talking to a board member is that last year's totals were the product of a miscalculation, not an attempt be more inclusive and make more money as many have suggested. If you remove the last 2 years totals, the trend in recent history isn't so dramatic; anything after last year will seem like a sharp increase.
Jared Markiewicz
As a coach who had a first time athlete there, it was incredible to see so many high quality lifters in one area. My one comment about the American Open was that,despite a lot of clamoring from National/International level coaches, it was run extremely well with minimal issues. Not that I don't think it was crowded but they did a great job preparing for the unknown. Regarding your article Matt, its a question I think Masters level athletes ask more often than junior or senior level athletes. And I think it's really important as a coach to help them understand that life gets in the way much more often at that age and sometimes progress in lifting isn't priority one. Any great coaching advice in these situations?