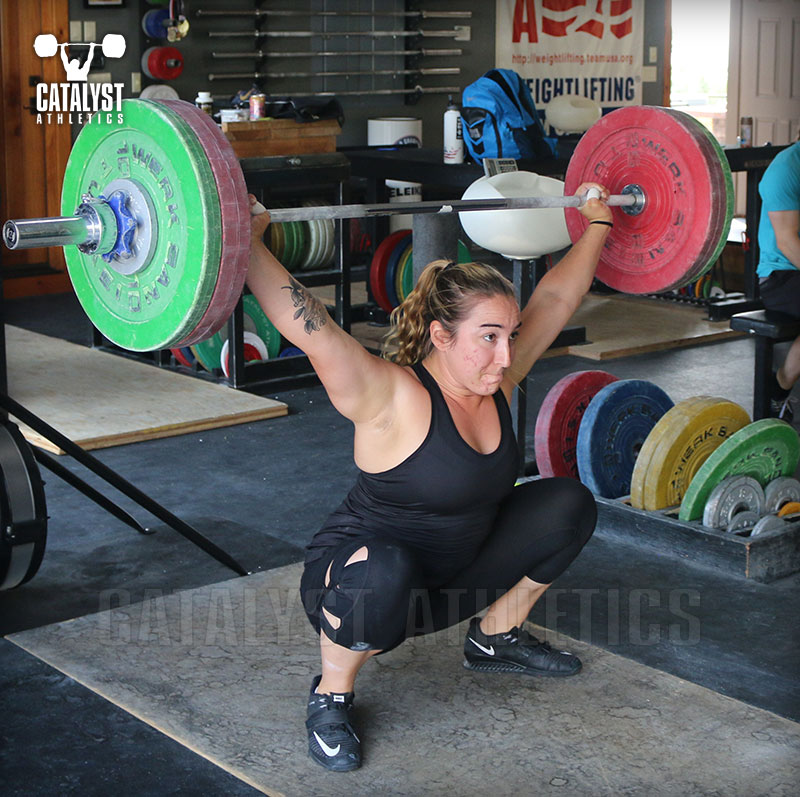 I’m getting a lot of good writing material from the scorched-earth arguments I read on Facebook these days.

One of them that seems to keep popping up is on the subject of people calling themselves national-level weightlifters after they’ve competed in one of the American Open Series meets.

In case you’re from another country outside the US and you don’t know what I’m talking about, here’s a quick explanation. Last year, USA Weightlifting started a new group of national competitions called the American Open Series meets.  These are three national meets spread throughout the year that lead up to the American Open Final in December (which is the meet you’ve known as the American Open in the past).

The American Open has always been the second most prestigious competition in the United States, after the National Championship. The competitive level at this meet is usually just a smidge lower than the Nationals, and the qualifying totals have normally been pretty tough to make. Generally speaking, if you compete at the American Open, you’ve earned the right to call yourself a national-level competitor. The new American Open Final is basically the same situation.

Now I’m not disrespecting anybody whose lifts are around this range. If you do Olympic weightlifting at all, at any age or bodyweight, you’ve got my respect.  It’s a hard damn sport and if you train and compete in it, you’re solid in my book.

I’m also not disrespecting the AO Series meets, or the approach they’ve taken with the low qualifying totals. For the record, I love the whole idea and I think it’s good for weightlifting in this country.

However, there’s tension coming from social media (imagine that!) because people are competing in these Series meets and then writing things like, “It felt great to compete in my first national meet” or “I’m very proud to have made it to the national level.”  Other athletes who have competed at the big-time National Championship or American Open are getting disgruntled because they feel like the Series folk are laying claim to honors they don’t really deserve.  You see raging comments about how these Series meets aren’t real national competitions and if you compete in them with the kind of lower qualifying totals I described above, you’re exaggerating how good you are.

As usual with Facebook, these comment strings often escalate to a degree of fury and hostility that rivals the Israeli-Palestinian conflict.

Here’s where I stand on this. First of all, the American Open Series meets are national competitions. They’re on the USAW national calendar, and they basically have all the same conditions and setup as the top-level national meets. I’ve competed in eight National Championships and ten American Opens, along with the Olympic Trials and several other national meets at the Junior and University level, and I’ve coached at dozens of these same meets as well.  The Series meets are pretty much the same experience in terms of the actual meet itself.

But yes, the competition level is much different.  Obviously there are people competing at the Series meets who couldn’t make it to the National Championship with a suitcase full of drugs and a rocket launcher.

Do these people have the right to call themselves “national level” weightlifters? That’s the big question. And here’s my personal opinion about it.

If you compete at a Series meet, you definitely have the right to say you’ve lifted at a national competition. But I don’t think you should sell it too hard or glorify it too much, because it’s clearly a different kind of national competition with a much lower level of prestige. If you’re an 85 kg open division male with a 203 kg total or a 45 year-old guy in the 105s with a 161 total, you shouldn’t go overboard with calling yourself a national-level lifter.

However, I also don’t think it’s a good idea for upper-level athletes and coaches to rip the hell out of these people and make them sound like they’re pond scum if they do call themselves national competitors. Call me easygoing, call me Jeff Lebowski, whatever you like…but I don’t consider any of this stuff horrific enough to start drama over.  It’s not doing our sport any good to put each other down.  It’s better to be enthusiastic and supportive of the accomplishments of others, regardless of how small they might seem. You never know, competing in that Series meet might be the best thing that 85 kg guy with the 203 total has ever done in his life.  If that’s the case, let’s be cool to this guy and congratulate him instead of pissing on him. This aggression will not stand, man.

The exception to this is when the 85 kg guy with the 203 total goes on a social media rampage where he’s trying to promote himself like he’s an equal to Kendrick Farris, maybe looking to jack up his Instagram followers or build a coaching business on his “national” status to people who don’t know any better. In this case, let’s go ahead and kick his nuts in.  He shouldn’t be doing that. It’s like telling everybody you’re a National Champion after you win Masters Nationals. You didn’t win the National Championship.  You won the National Masters Championship.  Say it right.

It's okay to be proud and happy with your achievements. But if you talk about them publicly, don’t overblow what you’ve done.

It’s also okay to get irked with the things other people say. But if you talk about it publicly, don’t go insane with blasting them.

If you get too crazy about any of this stuff, you’re entering a world of pain.

The New American Open Totals: Why The #$%! Am I Even Doing This?
Matt Foreman | Editorial

Kyle
This is a great article. When people asked me scary it was I told them it was like a regional championship.
Kurt Karlssen
Interesting that a guy who signs his articles with every single thing he ever accomplished is worried that people are over representing themselves and their accomplishments. Grow up Matt Foreman. You are so full of yourself and people are laughing at you behind your back.
David King
Wow. What a crybaby. I've read your less than average book on Masters Lifting and seen your senseless YOUTUBE videos and now you are concerned that lifters can't "say" it right when addressing their success? Get off your soap box. Nobody outside of a very small group of people participating in a very specialized sport have any idea who you are. You never won anything of real value. And you have the audacity to call out other people when you went to Amazon and ran your mouth about the bad reviews on your crummy book? You need serious mental health help.
Geoff Rock
Get some cheese with that wine. Sour grapes to the extreme. I was on WL forums and they think Matt Foreman is a joke. What does that say for Greg Everett to let this type if rubbish appear on his web site? I would cut ties with this clown soon.