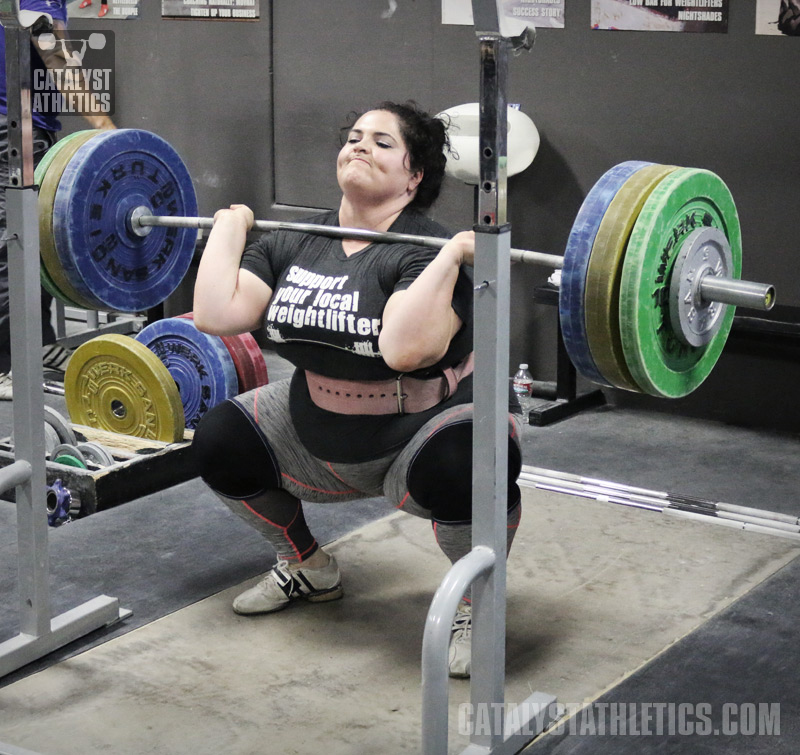 Strength, Bands & Staying in Your Lane


14 Comments
Matt
Great read! Totally agree with you 100%!!!
david mizrachi
This article is basic for Oly lifters, skills and technic are the foundation and mastering them will be the key for adding kilos to your SN and C J. Squats are an important part of it but pushing mor kilos on a back squat will never make your Snatch grow for Real competitions.
Terry Page
Exactly right, improve your technique and improve your strength... it is that easy...
Duke
I was enjoying the read until I reached side note #2. I really did not need to hear how an ability to retain peak or close to peak squat numbers means little in terms of preserving speed and power. I know it is true, but I did not need the reminder.
Magnus Holsting
Great article..
I agree 100% - The reason The squats doesn't translate directly to The c&j & sn, is the technique.. sure your leg strength matters, and thereby is essential for The OL lifts, but if you catch a clean with improper form, you waste to much energy and thereby your strength will mean very little ..
Sry for bad spelling, written om a smartphone with Danish dictionary 😉

Dan Costellp
I think the squat is as important as the pull, if not pull is even more important. The pull will transfer a lot more than the squat in Oly lifting.
Joshua
Good article and I definielty agree. Although I think the relation of squat strength to lifts is partly dependent on how much you squat. In other words I'd venture that someone who squats 200lbs and goes to 300lbs will get a bigger carry over to the classic lifts then someone who squat 500 and goes to 600.
Joshua
As a masters lifter (36) I've dispensed with squat cycles and have been following more linear progression a al Hepburn, I start with a weight I can do for 6x2 and work to 6x3, add 10lbs and start over with 1 back off set of 10.
igor
you just restore my faith(not that i was going to quit but you know) to OW :).....my S and C&j are going up(a few kilos) but my squats not so much....came to conclusion to do separate sessions for OW and squating
jan
Dear Matt, this is a very use- and insightful article, that unfortunately was given a very primitive and what's worse: misleading and false title. Of course squat cycles work. (As is stated in your text as well). And nothing crappy about them either. That you also say. Never seen a squat cycle that aimed to improve a snatch or c&j. Squat cycles are made to improve squatting. Period. In what way that extra in strength transfers to oly is an interesting question and what this article really is about. Why you chose that title is beyond me.
Matt Foreman
Jan- Read the last two sentences of the article. They explain exactly why I chose the title.
Jonathan D.
And exactly what you said would happen, did. You Wizard!!!
Scott Mark
Afters years of powerlifting and then converting to CrossFit and developing a love for olympic lifting.. i quickly realised the i had to change my squat style to replicate my receiving positions in the lifts..

My strength and technique were way out of whack...at 51 yrs of age..always room to re learn and re build.

Josh
Great article, thank you for taking the time to write it!