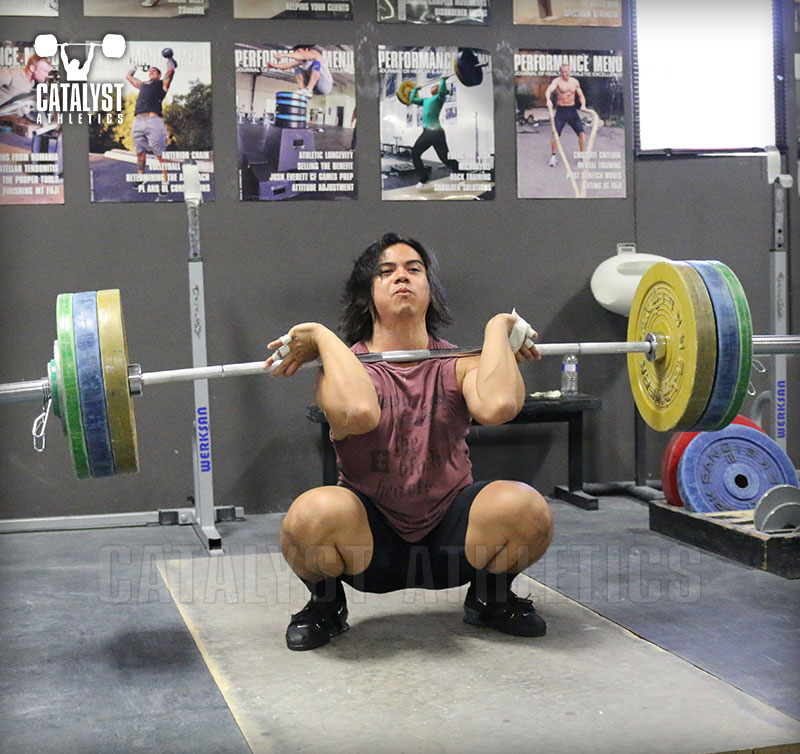 Let me paint you a picture and tell me if it sounds familiar: You’ve spent the last few reps looking at the bar making sure you actually put the right weight on because you are really hoping that you have misloaded or that you somehow did the math wrong and that the load is actually supposed to be 10kg lighter. You’re trying to figure out what exactly is going on, because you just started missing lifts and the bar feels like it has been welded to the platform all day. Speed? You can barely spell it, let alone remember what it actually feels like.  The usual tricks of calling yourself a candy-ass and self-motivation aren’t working and now it’s decision time.
Option 1: Lower the weight back down to where it last felt good and finish up the prescribed sets. Take whatever exercises you have left and be ready to call an audible on those weights as well.
Option 2: Move on to the next exercise. Get on to the pulls, squats whatever it is and just finish up, once again knowing that you may have to adjust fire as needed.
Option 3: Bag it. Rip the tape off, put the weights away and accept that it just isn’t your day.
Quick tip, though: Take five minutes before you decide on the option you are going with.
Now we need to figure out: why did this happen? You have followed the program to a T and yet you’ve had a day that makes you want to take the platform and send it out to sea on fire like a Viking funeral.
What was the time like leading up to your training? Did you get a flat tire, get chewed out by your boss, have your girlfriend leave you, have your credit card stolen and taken on a shopping spree at every Wal-Mart through the Ozarks, not get any sleep, or anything else that is just sitting on your mind that is distracting you beyond the point of being able to shut it out? This can be detrimental to that day’s session. Along with that is food intake and whether or not you’re properly hydrated.
Sick and/or injured? These are big ones—if you have an injury or illness that is not allowing you to train properly, it will obviously make a difference.
Were you on a timetable that was compressed and didn’t allow you to complete a proper warm-up or forced you into skipping those crucial warm-up reps and thus prevented you from finding your rhythm?
Maybe you’re just walking that rope and you slipped. What I mean by this—bear with me for a second—is you are pushing it in training in the pursuit of getting better. There are points where you need to really lean into it. It’s like walking a tightrope: when it’s going well, the rope feels like a sidewalk and you just can’t miss, but at some point that sidewalk shrinks down to the size of a piano wire and it makes staying up there that much more difficult. So you are going to slip and your body is going to remind you that not every day is going to go as planned. However, I will be willing to take a bad day of training over an injury any day, and I have had both.
As the old saying goes, everyone has a plan until they get punched in the face. So once you get your eye dotted, you need to make a decision on how you’re going to deal with this dilemma. The one thing to remember is to identify the cause and then try and avoid it as much as possible in the future, and honestly to just get it out of your mind. I for one like to stuff my face with food, throw in a wad of Redman and go to bed as early as possible. My thought process is this: Once this day has been logged, it’s time to get after the next one.

Matt Foreman
Priceless, and I love the sidewalk comparison. Good writing.
Flash
Awesome - for me it's stuff my face, throw in a pinch of skoal and hit the sack early!

SilverMamba
Had one of these today. Got finished and thought 'what am I doing?!, this is so broken I need to shut it down for a while'. After some thought about why, how and reading your article, I'm getting back after it tomorrow as hard as ever.

Thanks for the great read.

Skiddy
Spot on... I trained at an irregular time the other day... midday, the time of day put me off entirely, not to mention the lethargy of having what i thought was a light meal an hour beforehand... mistakes will be made, but to not learn from them would be disastrous.
geoff hegedus
Funny, my coach would say these are the best training days, because how you learn to handle them will define the future training.