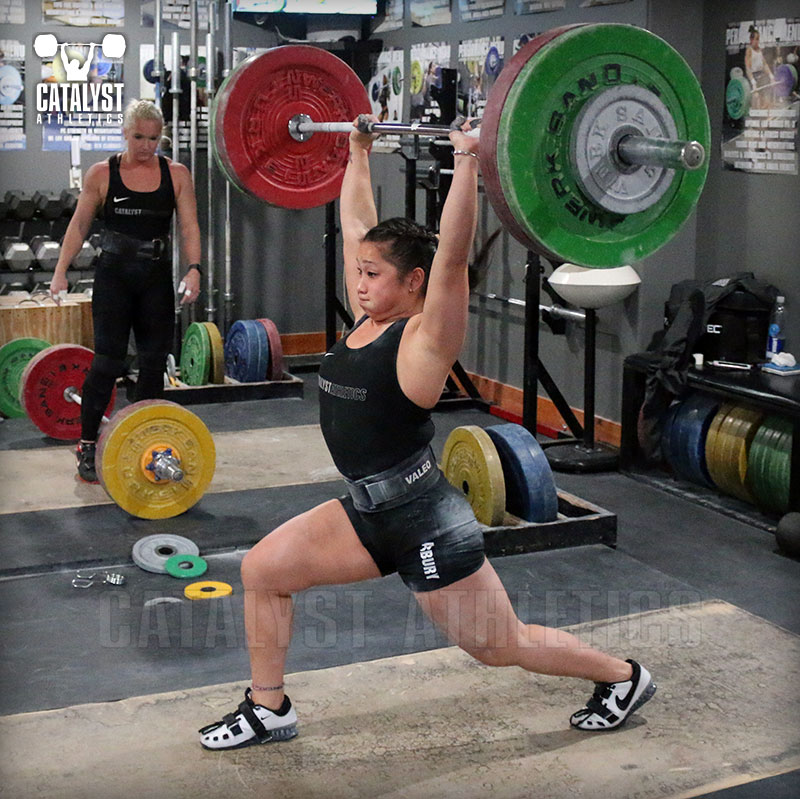 The International Weightlifting Federation made some rulebook changes recently, and social media has been tittering with conversation about them. There were quite a few changes, but two specific ones caught my eye.

1) Lifters are no longer allowed to touch the barbell with their feet. If this happens on the competition platform, that attempt will automatically be red-lighted.

2) Lifters are now going to be given challenge cards when they compete. They can use these cards to challenge a decision by the referees/jury, and the jury will go to video playback technology to analyze the lift in question and make a final call. In other words, it’s instant replay. For those of you who are familiar with referee challenges and instant replay in NFL football, it’s a very similar system. (The exact procedure for using a challenge card is written in the updated rulebook. For the sake of keeping this article concise, I’m not going to walk you through it in detail. Check it out yourself.)

First, I want to look at the no-foot-touching-the-barbell rule. I think it’s a stupid rule change. I don’t think it’s earth-shakingly terrible, so I’m not going to spill blood over it. I just think it’s dumb, and I’ll explain myself by giving my perspective on the reasoning I’ve heard behind it.

It’s a cleanliness issue. Your feet are unclean, so they shouldn’t touch the barbell:
I’ve been in weightlifting a long time, and I’ve never seen a lifter put on shoes and go stomping through a field of pig feces prior to warming up in the snatch. Lifting shoes touch the floors of weightlifting rooms, which usually aren’t exceptionally unsanitary places.

Plus, lifters touch the barbell with their HANDS. They also spend the day using their hands to blow their noses, pull wedgies out of their asses, adjust their crotches, etc. Most lifters also spend a portion of their warmup/stretch routine putting their hands on the FLOOR…you know, that same dirty place we’re so terrified of? So if we really want to go 100% on this cleanliness thing, we probably need to make another rule that lifters can’t put their hands on the barbell, because you can easily make a case that the hands are just as unsanitary as the bottoms of weightlifting shoes. And I won’t even get into the obvious point of policing what people do with their hands before they leave the bathroom.

I’ve heard people say there’s a religious basis for this foot-touching rule. I have respect for everybody’s religious beliefs and cultures, but it’s a slippery slope to make religion the foundation for sport rules.

Touching the barbell with your feet is disrespectful:
Says who? Russia and other European countries? Okay, gotcha. So we’re going to learn about respectful behavior from people who have absolutely no respect for the rules of the sport (doping)? Let’s think about that one for a second.

I don’t consider it disrespectful whatsoever to touch the barbell with your feet, and I’m a weightlifter with a lifetime love for it. It’s an inanimate object, for Pete’s sake. If we want to start conversations about how the barbell is a living thing with a soul or some other kind of philosophical angle like that, we could just as easily say it’s an enemy that doesn’t deserve respect. That’s not my argument, of course. I’m making a point that these metaphysical opinions about the barbell shouldn’t be the basis for rules because they’re all just…opinions. They aren’t facts, even if some of your heroes say they are.

There’s no need to test the spin of the barbell with your foot because competition barbells will all spin well:
Not necessarily. I competed in a World University Championship once where I used my foot to test the bar’s spin on the competition platform prior to my first snatch. The whole barbell, plates and all, rolled back towards me. It was like a powerlifting bar. It had the worst spin of any barbell I’ve ever lifted on. I also competed in a National Championship once where the competition barbell kept locking up throughout the competition. Three lifters suffered severe elbow injuries at that meet as a result. So…you don’t always have a guarantee that the barbell is going to be spinning correctly when it’s going over your head with heavy weight on it. Testing it with your foot is a good way to know for sure.

Can you just as easily reach down and test it with your hand? Sure you can. And that’s what I’ll start doing now, along with many others probably. As I said in the beginning, this rule change isn’t the end of the world, and I’m not pitching an armageddon-level fit about it. But I don’t like it and I think it’s unnecessary. That’s all.

Now, about the challenge cards…  My thoughts on this one will be much shorter.

I’m undecided on it because I think we’re going to have to wait and see how it actually plays out in the future to know if it’s a good change or not. Refereeing and jury calls seem to be getting worse over time, from my perspective. So I support the idea of giving lifters and coaches a method to fight back when they get screwed over.

But will these challenge cards be good for the competition as a whole?  That’s the question that sticks out to me. As it says in the updated rulebook, the competition will stop when a lifter or coach presents a challenge card to the technical controller. And there’s no specified time limit on how long the jury will have to make a final decision. The rulebook simply says they’ll get it settled as quickly as possible. This makes me nervous because I worry about long delays that will slow down the contest and screw up coaches who are trying to count attempts for their athletes and keep their warmups moving effectively.

Long story short, I think the new rule about the feet on the barbell is a poor change that doesn’t have solid reasoning behind it. With the challenge cards, I like the basic idea behind it because I’ve had lifters get screwed over by judges before. But I don’t know if it’ll be a good change for the sport as a whole.

Regardless, I encourage all of you to read the updated rule changes and familiarize yourself with them. If you’re going to be involved in competition in this sport, you need to know this stuff forwards and backwards.

Andrea
*sees another article from Matt Foreman*
"Well, maybe this time he won't be macking super-stupid arguments"
*opens it*
*reads Foreman bitching and whining regarding the prohibition to touch the barbell with the feet (one thing that me and other "civilized" people have never done in many years of competition) and the great supporting argument behind his bitching (wait a sec, USA had Lance Armstrong, the greatest cheater and doper of cycling and sports, u-oh, too bad Matt)*
*close it*
"Nah, same old Matt Douchebagman, I think I'll wait until new articles by Gregg will be out before coming here"

Andrea
Ops, sorry *making... reading Douchebagman stuff inhibit some cognitive functions
Jack
Foreman has good points here, what's yours? Touching the bar with your feet is totally unnecessary rule making, what the hell is it supposed to achieve in the sport? As for challenge cards, there's a clear opportunity for these to be used as gamesmanship.
Jason
So you are going to play the doping card for Europe and Russia, when looking at the USADA sanctions list you can see lots of positive drug test for US lifters? The US isn't as clean you try to make them look.
DP
Kissing the barbell should be banned too. We use our feet because the barbell is already so dirty.
#snitchesgetstitches
Theory. Middle Eastern money is the reason both of these rules were put in action. Take into consideration both the feet being seen as unholy by many Middle Eastern cultures, and also the Iranian federations indignation at not being able to do anything to protest what they deemed unfair calls towards Behdad Salimi in his memorable
press-out losses to Lasha. Is it wholly unreasonable to think that the IWF is nothing more than a glorified corruption machine at this point? Same as FIFA, same as the NCAA, same as the IOC, etc? Ajan and the higher ups probably ALREADY KNOW that the IOC is giving Weightlifting the axe regardless of what they do, so they're just taking as much money in as they possibly can before they inevitably resign and pass the buck onto a new generation. This would also go in line with the rumor that the ridiculous weight class changes(and exclusion of the 89's instead of 96) were in part due to Qatar's federation using their considerable finances to lobby support to best aid Meso Hassonna, their phenomenal 96. Also, coincidence that Iranian lifters don't ever pop but are constantly in contention with lifters from other countries that do? China does it with science, I think Iran does it with money, like Russia and Kazakhstan used to, but now Iran is paying enough to be the golden child. All of this is speculative, obviously, but there's certainly enough circumstantial evidence to make one wonder.
If the sport ever does sever ties with the IOC, it would be interesting to see how Weightlifting would change as it became more reliant on actually being entertaining instead of just raking in funding from different countries federations.
Mike
The feet rule is Islam-centric for sure
Dresdin Archibald
As for potential gamesmanship gambits, the only attempts that would be challenged would be completed but red-lighted ones, of which there are few in most competitions, especially at elite level where video would be used. You cannot challenge your opponents' lifts. Also, since a lifter has only one challenge (they will get another if their challenge is successful) they would have to be careful that they don't use it on an obviously bad attempt, just to gain time. That means they will usually try to save any challenges for their last 2 C&Js where they will count. I just did a lot of jury work at the Sr Nationals. We only had about 18 challenges over the whole 3 days and all but two were unsuccessful.