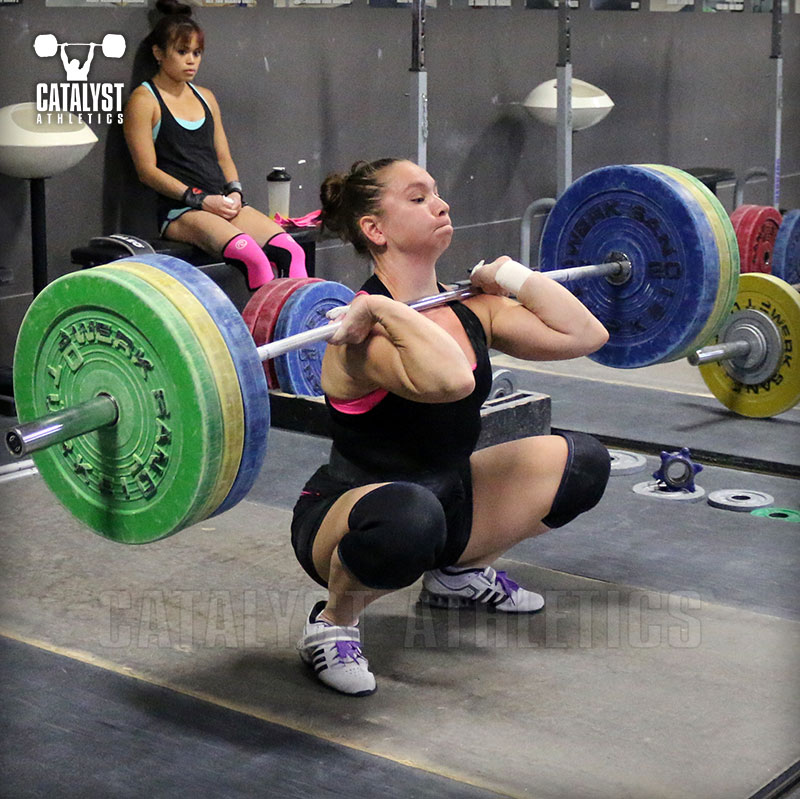 Just look at the title of this article. Man… this kind of stuff is major sign-of-the-times territory.

We all know we live in an age where everybody thinks they’re an expert because of the availability of online resources that make them think they’re highly knowledgeable about something because they’ve read a lot.

Sure, understood. This plays out differently depending on the specific field or sport in question. In Olympic weightlifting, it’s a lifter or coach who’s still in the intermediate phase (under 5 years) but thinks they’re qualified to debate with people who are drastically more experienced and successful than them because they’ve read a lot of articles, watched a lot of videos, and talked to a lot of experts.

This is the way of the world now.

And it creates situations where athletes sometimes want to be the ones dictating the terms and making the decisions in the coach-athlete relationship. I don’t think this happens a lot, but it definitely happens sometimes. And when it happens, it sticks out like a dead fly in a sugar bowl.

Sometimes it’s direct, but more often it’s subtle. Athletes just slip little things in here and there that make them the decision-makers, and the coach has to play along with what they want.

This is bad, and I’ll tell you why.

There absolutely must be a chain of command that everybody respects if things are going to run correctly. This holds true for coach-athlete relationships, businesses, companies, parent-child dynamics, military, etc. Every successful situation I’ve ever been in, in ANY area, had one thing in common… strong alpha leadership.

Granted, “strong alpha leadership” doesn’t equal “totalitarian dictator.”  In any of those fields I just mentioned, there’s always a comfortable, safe dynamic where the ones at the bottom feel like they can communicate well with the one at the top. It just has to happen the right way.

Let me give an example to illustrate this:

In the years when I was doing my top national lifting, I was coached by John Thrush. John was one of the best (in my opinion, THE best) coaches in the United States, and he ran his program with the kind of strong leadership I’m describing. He gave the orders, and we followed them.

Right around the time I turned 25, I moved up to superheavyweight. Once I officially turned into a big rhino, my body just couldn’t handle the brutal five-days-a-week training that was the normal programming for our club. I’ve got a big pain tolerance and I tried, but I was just getting beaten into the dirt.

So, I approached John, told him what I had been going through, and ASKED him if I could train four days a week instead of five. He agreed it was a good idea, so he set up a four-day program for me. It led to the best lifting I ever did in my life.

Now… there are a few ingredients that made that situation work. None of this caused any diminishment in the coach-athlete relationship. I continually acknowledged him as the leader, both before and after this. Everything worked the right way to keep him as the coach and me as the athlete, with a slight change in direction that led to better performance.

This is how it’s supposed to work. Unfortunately, it doesn’t always go that way… especially now.  Some people these days want a coach, but they also want to get their way all the time. They forget (or maybe they never knew in the first place) that being in a situation where you’ve got a leader making decisions above you means you’re NOT going to get your way all the time. Yes folks, it’s true. Your boss might tell you to do things you don’t like or say things that don’t make you happy sometimes.

NOTE: With youth athletes, the parents are the ones who usually step over the line. Not the kids.

If you’re a coach, you can’t put up with this. It’ll get out of control faster than you can blink an eye. The athlete who’s pushing the boundaries will just keep pushing, until eventually there is no boundary and no leadership. Also, the other athletes in your program will see it, and they’ll lose respect for you.

Does this mean you might occasionally have to get chesty and put somebody in their place? Sure it does. You have to use good professional judgment, obviously. Don’t go crazy with it. But when you need to enforce your rules and give little ultimatums, don’t be afraid to do it. It’s part of being a leader.

Honestly, I think most of this is already understood by everybody before the whole shebang even starts. That’s why problems like this are rare, as we mentioned before. Most people don’t need to be told these things. But I can tell you with certainty that not everybody got the memo as they grew up. Sometimes they need a yellow post-it note gently stuck to their foreheads.