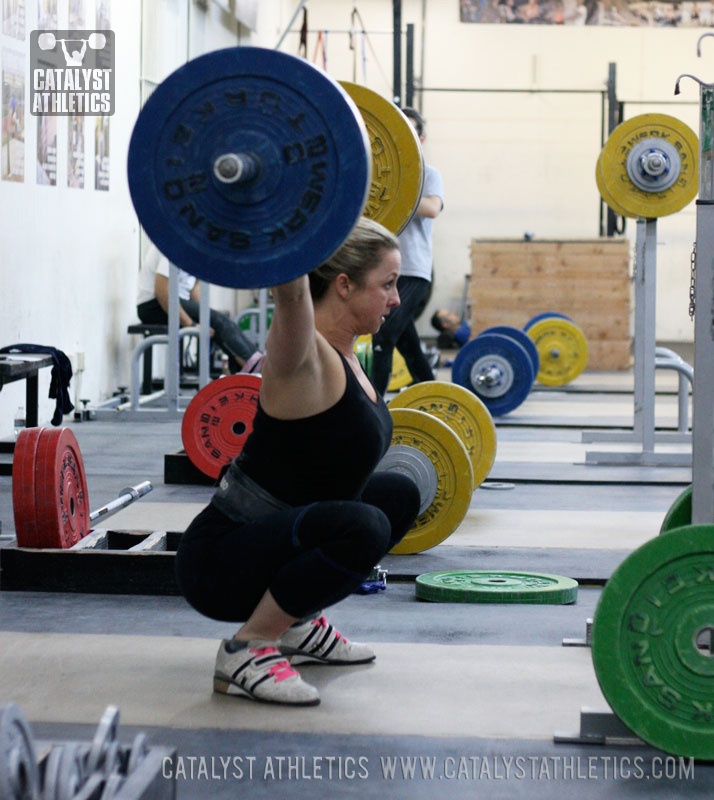 Okay, a little personal information is necessary to write this post. I have to talk about myself so I can transition into talking about you. For those of you who don’t know, I had a major knee surgery back in June 2011. It was ACL reconstruction, which is the big kahuna. My surgeon told me that I would be able to expect the following recovery progression after the operation:

-  Six weeks post-surgery- box squats above parallel
-  Ten-twelve weeks post-surgery- parallel squats without a box
-  Sixteen weeks post-surgery- Olympic lifts (power snatch and power clean only, start with extremely light weights and make small increases every week), gradually work to lower depth on the squats
-  Gradually transition back into full snatches and cleans over time, keeping in mind that an ACL repair requires a nine-twelve month period for full recovery
This is the schedule I was told I needed to go by, and it turned out to be right on the money. At sixteen weeks post-surgery (four months), I was able to back squat 315x3 to slightly-below-parallel depth, power snatch 50 kilos (110 lbs) and power clean and jerk 65 kilos (143 lbs). I basically wanted to just test the movements and make sure everything felt stable and problem-free. Now, it’s been seven months since the surgery and I’ve just continued making small increases each week. I’m doing full snatches now, working around the 110 kilo range (242 lbs). I’m still doing power clean and jerks only, haven’t transitioned into full cleans yet, usually going around 130 kilos (286 lbs). I’ll probably start testing out full squat cleans in another month or so. Squat workouts have been around 405 lbs for sets of three reps.
Before the surgery, I was snatching 138 kilos (304 lbs) and clean and jerking 165 kilos (363 lbs), usually squatting around 500 pounds in workouts. So the lifts I’m working with now are still drastically lower than where I was. But I’m deliberately taking the recovery at a slow pace. I’m turning forty in a few months and I work around sixty hours a week at my job now, so caution and restraint are my major guidelines. I want to keep doing this for a long time and I’m willing to hold myself back if it’ll keep me healthy.
Anyway, the reason I’m discussing all of this is because the biggest thing I’ve realized throughout this whole process is how important it is to be able to sit into a perfect bottom position when snatching and cleaning. My flexibility in the bottom position was always one of my best assets as a lifter, and this surgery has obviously changed that. Now, I’m in the process of trying to work back down to that perfect bottom position as the swelling and scar tissue around my knee gradually dissipate. My workouts in recent months have reminded me of just how difficult it is to do the Olympic lifts when you can’t sit down into a deep position like the one in the photo you see here.
Many of you have taught others how to do the Olympic lifts. When you’ve done this teaching, you probably had at least a few lifters who could sit right down to a good flexible bottom position the first time they tried it. They look comfortable in the bottom, with the knees pushed forward, the hamstrings sitting on the calves, and the torso still straight up and down. These people have a huge immediate advantage over the other types. You know who I’m talking about when I say, “the other types.” These are the poor suckers who try to sit down into the bottom position, and they wind up looking like a giraffe standing on a telephone pole in a high wind. It’s awkward, they teeter all over, their butts stick out behind them like they’re taking a crap off the side of a boat, and you silently ask yourself, “How the hell is this guy gonna do a full snatch with a bar over his head?” Yeah, good question.

It’s ten times harder to do the Olympic lifts if you have problems with your bottom position, and it should be your top priority to fix it if you need to. All the pulling power in the world won’t matter if you can’t secure the bar overhead because of flexibility restrictions. There’s nothing scientific about developing a better bottom position; it’s mainly just a matter of a really disciplined stretching program. Every aspect of your lower body needs to get more flexible, especially your ankles, calves, and groin. This is what I’m concentrating on now, for the first time in my career. I’ve never had to think about the bottom position before because it was always natural for me. Now, I have to work for it like those “other types” we mentioned above. I tried doing Greg’s Russian Baby Maker stretch, and I’m not sure if it’s working yet. Maybe I should try it with my pants on next time.

Almost all of the technique discussion I see on the internet is focused on the pulling movement. But let's never forget that the pull is only one part of the Olympic lifts. Receiving the bar in the bottom of a full snatch or clean is just as essential as effective pulling technique, and it should be given the attention it needs.

Jeremy
I can promise you Russian Baby Makers with your pants off do help with flexibility. :) Nice write up.
Kevin
Yes, Aimee does have good positions when she lifts. I would use her as an example to other lifters if I were trying to teach them the lifts.
Brian P
I've had ACL and meniscus repairs on both of my knees (1997 and 2003) and I can concur that my knee ROM has a huge impact in nearly every exercise I do. I can't comfortably relax into the bottom for snatches or cleans.

I still get swelling in my rt knee and can't achieve full flexion unless I've popped a few Advil, warmed up for a few hours, and drank a few shots of whiskey, lol.

One thing I found recently that helps is fascia work. I usually concentrate on muscle stretching, but found that working the skin around my knees, shin, calves, and thighs actually helps free things up. I usually have a tight feeling around my knees and it goes away after some massage.

Keep a close eye on that scar tissue and get the ROM back! Good luck, its a loooong process, stick with it.

Katie D.
Great write up! Perfect timing for me to remember to work on the bottom position of the O-lifts! Thanks!
Matt Foreman
Thanks guys! And Brian, thanks for the added input. In all honesty, the recovery from the ACL surgery hasn't been as bad as I thought it was going to be. I was walking without crutches in five days and I blew away the physical therapy. My knee actually feels really good now and the bottom positions are about 90% back. I've done a little of the fascia work you're talking about, but I should probably be doing more of it. I don't know if drinking helps my knee, but it seems to help almost everything else.
Spenco
Matt, maybe it's the lifter talking, but I can't help but think that the lifting background may have prehabilitated your speedy recovery from surgery and subsequent rehab.

I know a 73 year old masters hammer thrower who tells a similar story about recovery from his own knee surgery. He still snatches twice a week.

Nice post.
Matt Foreman
"the lifting background may have prehabilitated your speedy recovery from surgery and subsequent rehab"

That's exactly what my surgeon and PT said.
Paula
I am 52 year old “other type” who also works 60 hours a week. Excellent description of the “poor suckers”. In Dec I enlisted Greg’s help for a program design. While a disciplined stretching program is most definitely not my favorite—it is working, although slowly. I am seeing improvements at an age where many see only decline.

No matter how decent my pull is I was going nowhere with my flexibility limitations. Thanks for the great articles on this blog

James
Just blew my acl out in January, so my path is just beginning. I also had my meniscus completely removed. Anyone had any experience returning after that?
Matt Foreman
James, I know a lifter the same age as me who told me he hasn't had his meniscus since he was in his early twenties and it hasn't been that bad since he recovered from the surgery and got used to it. That's just one guy's perspective.
Kyle
Matt, any direction on a stretching program with specific stretches/exercises would be greatly appreciated. There are many out there but what would you consider the most important to do on a regular basis?
Matt Foreman
Hey Kyle,
I think a lot of people forget that bad flexibility in the bottom position can be a result of tightness in the posterior chain and the groin. Most people automatically think the problem is with the quadriceps and connective tissue around the knee. Those might be part of the problem, but the spinal erectors, hamstrings, calves, and groin are huge culprits as well. I would focus on the basic stretches that hit those muscle groups and try to do a lot of stretches that mimic the bottom position. The Chinese do a stretch where they sit into the bottom position and then lay an empty bar across the top of their thighs, letting the weight of the bar add some additional stretch to the ankles and lower leg. Almost any type of stretching will be beneficial, as long as it's done consistently. I also think post-workout stretching is a must.
Lou
Matt, thanks for the post. Which graft did you have? Patella, hamstring or cadaver?
Matt Foreman
Hamstring
Conrad
Hey Matt thanks for the great article. I needed something positive to hear. I recently had torn an ACL & Meniscus ( bucket handle tear). I recently started doing Olympic lifting and was worried that I wouldn't be able to lift any more. Just wanted to see if your lifts and mobility have improved much since the surgery.