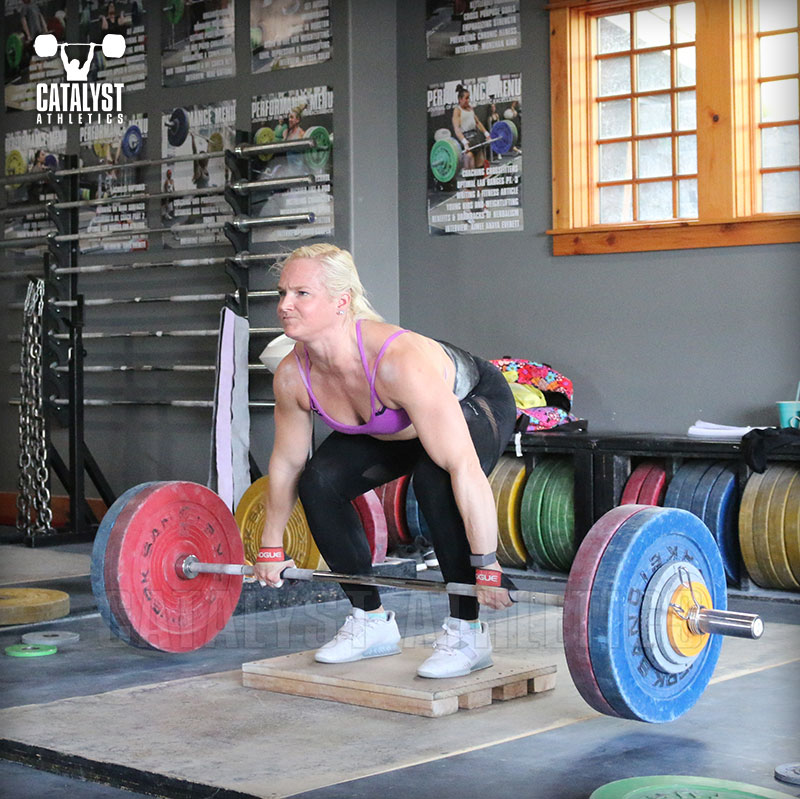 Not too long ago, I was watching the “Westside vs. The World” documentary film, which most of you have probably seen or heard of. It’s a chronicle of powerlifting coach Louie Simmons and his Westside Barbell Club in Columbus, Ohio. I’ve watched it before, but there was one particular section that caught my attention this time.

Louie was talking about his own powerlifting career and the horrific injuries he’s sustained over the years. One of the worst ones was a knee blowout where he snapped his patella in half during a squat workout back when he was in his 40s. The story, as told by Louie himself, goes like this:

He had a preexisting knee problem that had been bugging him for years. Then, during one particular workout in 1991, he did a 735 lb squat, and something went wrong. His description of it was, “I felt my knee slide.” Obviously, this meant something bad happened on that squat, and he knew there was a problem. But instead of backing off or calling it a day, he went up to 760 to attempt another big one. He walked it out, tried to squat it, and broke his kneecap in half.

The injury required an instant surgery, which turned into another big drama show because he had a reaction to the anesthetic and flatlined on the operating table. He survived, but his lifting career was completely derailed. It took years before he was able to come back and squat again.

You could see a gleam of pride in Louie’s eye when he told this story, and that’s the part that got on my radar. Because of the maniac hardcore attitude of Westside Barbell, everybody who trains there likes to talk about their injuries like they’re battle wounds they got when they were charging the beaches at Normandy. There’s a noticeable desire to take pride in all the damage they’ve sustained, like it makes them seem tougher and more intense.

I listen to this and wonder about the balance between being hardcore and being a knucklehead. Louie is clearly a smart guy, but trying a 760 squat after you just hurt yourself with 735 is a knucklehead move. It’s not tough. It’s not ballsy. It’s not a demonstration of your animal intensity. It’s dumb as hell, and the results proved it. It dumped his powerlifting career in the toilet, and it could have easily been avoided with some basic common sense and good judgment.

However, I have to hold back from calling Louie and his Westside guys a bunch of meathead idiots, because a certain amount of that hardcore wild animal personality is a prerequisite for being a good lifter, whether we’re talking about powerlifting or Olympic lifting. I’ve been around a lot of elite weightlifters in my life, and I’ve never met one who didn’t have a solid dose of that mentality running through their veins. Church mice don’t rise to the top in this business. When you see a world champion weightlifter, even if we’re talking about a spunky little 63 kg gal with a smile on her face and a red ribbon in her hair…trust me, she’s a junkyard dog deep down inside. She’ll bust her ass harder than the toughest powerlifting sociopath, and she’ll take any risk necessary to lift that weight in front of her.

Louie isn’t the only one who’s walked headfirst into a career-ending injury. I’ve known lifters who injured themselves on a competition attempt, lied to their coaches and said nothing was wrong, and then gone out there for a heavier attempt that snapped something in half and left them on a surgeon’s table. The hardcore level was higher than the common-sense level. The end result? Snap, crackle, pop… Game over.

There are also different examples to look at. One of the old Westside lifters in the film tearfully talked about his fierce lifetime commitment to the gym. He spoke about how he had a son who was a state champion swimmer in high school, but he had never seen one of his son’s swim meets. They were always on Wednesdays, and Wednesday was bench press night at Westside.

You could say this was undying devotion to Westside. You could also say it was prioritizing your bench press buddies over your own family. Your team needs you, sure. But your son also needs his father. I don’t know all the details of that situation, and I’m certainly not speaking ill of the man. You could see the internal conflict of that story on his face as he talked about it. He dedicated his life to the gym, and that dedication probably hurt some people in his life. Once again, there’s a line between hardcore and dysfunctional. Sometimes, it’s easy to step over the line.

I get it. Hell, I’ve done it too. I can’t plead not guilty on any of this stuff. I’ve pushed my body too hard and landed in the hospital as a result. I’ve alienated people because I thought my lifting had to be #1 priority. If I’m going to call the Westside guys knuckleheads, I have to call myself one too. No judgment here. The point I’m trying to make is simple: we all have this hardcore instinct inside. It’s always there, pushing us forward. And it’s a good thing. It’s what makes us great. But it can go over the line in the blink of an eye, leaving you with nothing.

We all have to know this and do our best to manage it the right way. You don’t want to erase it. You just want to control it.