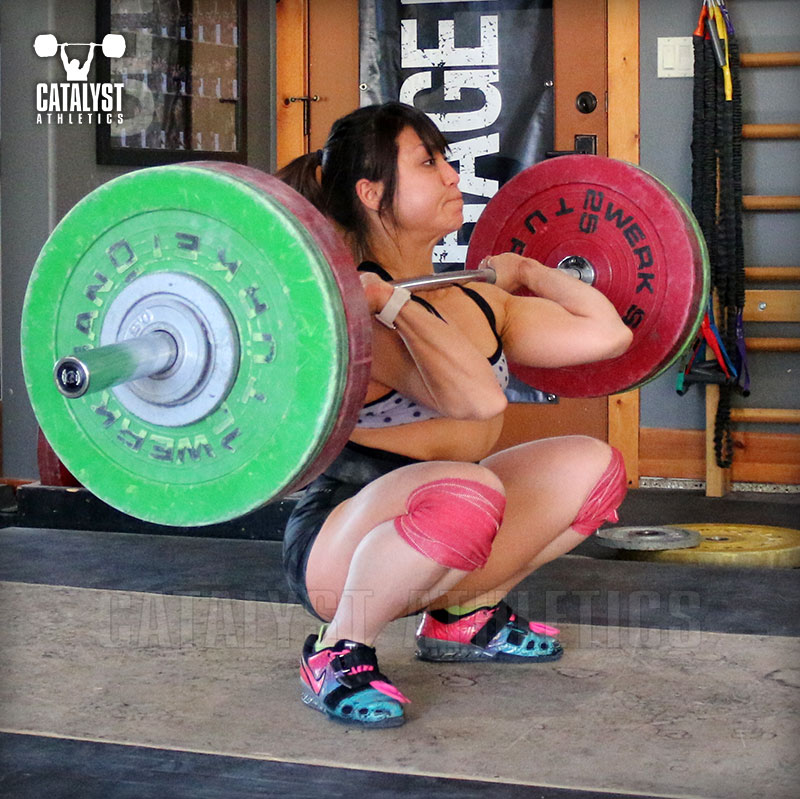 I suppose we all have our own opinions about what we consider the lowest forms of human behavior. Think about what your answer would be if somebody were to ask you, “What’s the most despicable thing a person could possibly do?”

There are probably a few common ones we could all agree on… like committing crimes against children, or pursuing a career in politics. But what if you had to confine your answer specifically to weightlifting life? What would your answer be if you were asked about the worst imaginable human behaviors in the sport of Olympic lifting?

For me, one of them would definitely be when coaches try to steal athletes from other coaches. I think this is just about as low as you can get in this barbell life we’ve all chosen.

It’s popular these days, no doubt about it. Coaches are competitive, and they all want to produce the best athletes. Granted, there are levels to the competitiveness. Some coaches would throw their grandmother off a bridge to get an Olympian in their stable. Others might not be quite as obsessive about it. But regardless of the nuances, every coach would love to have championship lifters.

In this sport, you sometimes see athletes who have undeniable physical ability. After they’ve started training and put in just a short amount of work, it’s completely obvious to everybody that they’re probably going to make it to a pretty high level.

Sometimes these athletes are started in the sport by reputed coaches who have spent years building up huge track records by producing lots of great lifters. Other times, it can be a situation where a freaky stud emerges with a much less accomplished coach that nobody has ever heard of.

When a great coach has a stud athlete, there’s usually a lesser chance of another coach trying to steal the athlete away. The great coach obviously has the mojo to take this horse to the top, which scares away interference. However, when a stud athlete is being brought up by a no-name coach… look out. You’re going to see outside coaches swarming, trying to pull the stud away. I call these “chickenhawk coaches.” They hover around the sport, looking to swoop in and snatch up weak prey.  Hell, you’ll even see situations where the chickenhawk is a parent who lets other coaches build their kid up to a high level, and then steps in to list themselves as the kid’s coach so they can get the credit for everything.

Chickenhawk coaches are crafty in their methods. They approach athletes with stuff that sounds like this:

“You’re doing really well, but there are some mistakes you’re making in your technique that I would love to help you with.”

“Your coach has done a great job. But if you want to compete at the top, you’re going to have to work with a coach who can take you to that next level.”

“We’ve got a good gym with a lot of strong athletes I think you’d like. You’ll fit right in!”

None of these are very subtle, obviously. But they can be effective. You have to remember athletes like attention, and they love to feel like they’re in demand. Most potentially elite athletes are also very young, which makes them susceptible to manipulation.

Sometimes the coach isn’t even the one to make the first move. Sometimes the athletes start talking to new coaches and putting the feelers out because they want to jump ship from their current coaching situation.

I can tell you from experience that it’s easy to get sucked into this. If you’re a talented athlete and you’ve got attention coming at you from the outside, it’s flattering and exciting. I experienced this when I was a young junior getting started. I wasn’t a CJ Cummings-level prospect, but I was good enough to get offers.

I’ve also been a part of it as a coach. Athletes who were already being coached by somebody have approached me and made it clear that they were interested in working with me. Once again, this is flattering and exciting.

You can find yourself crossing some ethical lines without even thinking about it. Even if you’re not a weasel who intentionally tries to pull scumbag moves, it can still happen.

To be fair, there are times when it might be the right thing for an athlete to switch coaches. This is where the conversation takes a slight turn. Remember at the beginning when I said coaches stealing athletes was despicable behavior? Okay, sure. But does that mean it’s completely out of line for a coaching change to happen?

Of course not. There are times when a lifter switching coaches might be the right thing to do. Those examples I mentioned above about my personal experience? Both of those followed through. I changed coaches when I was 20, and I’ve also had a few athletes switch to being coached by me after working with somebody else.

None of these were “stealing” situations, you see. Everything happened for understandable reasons, with face-to-face conversations and fair communication. Hard feelings were kept to a bare minimum, and everybody continued having success after the transitions had been made.

As with many things in life, there’s a right way and a wrong way to go about it, and we all know where the lines are. Obviously, it’s possible for somebody to throw ethics out the window and just take a no-mercy-no-prisoners approach, stealing athletes openly and mercilessly. I’ve seen this too. Programs that use this mentality usually last for a short time and then collapse.  No surprise there. It’s hard to keep a skyscraper standing when it’s built on a mound of dog turds.

One last thing… this sport is still pretty small. When you make enemies, it’s usually a short turnaround before karma bites you. Some weightlifting people are forgiving, and some of them will lay in the weeds for years waiting for a chance to nail you. You can avoid most of this by just doing the right thing, so that’s my advice.