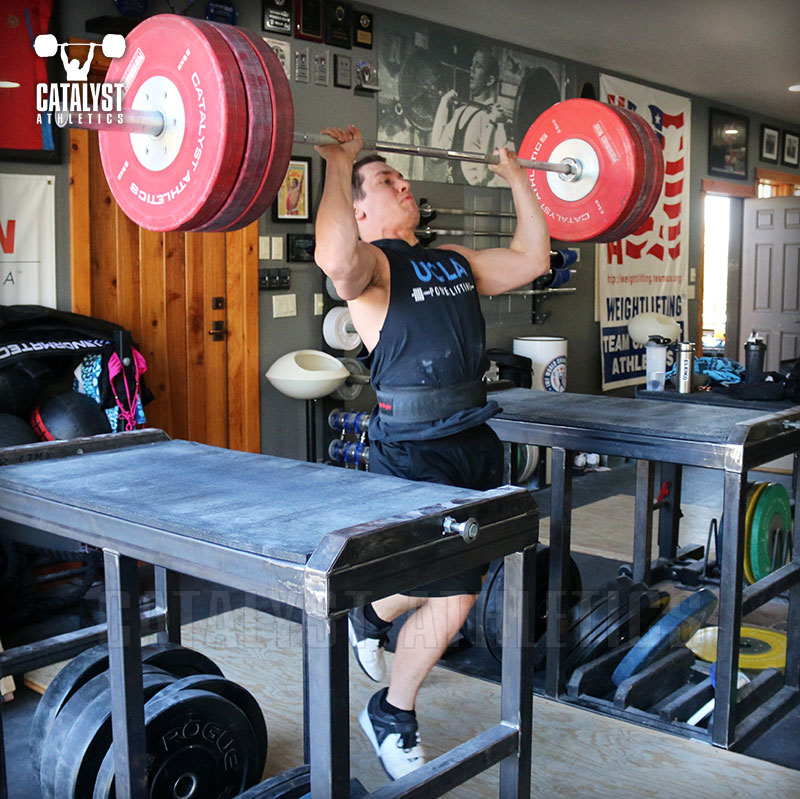 We all know Olympic weightlifting has exploded in recent years. It’s bigger and more popular now than ever before. Most of you have been a part of that explosion, which means you weren’t around in the old days.

And you probably don’t care about the old days, honestly. You care about right now, what’s going on in your life as an athlete or coach, and the biggest things happening currently in the sport. Understandable. But there are a few things you can learn about the difference between the past and now, and some of these things actually have some value to you. It’ll benefit your career if you understand them.

The one I’m talking about in this article is money. Let me tell you a few scattered stories about this area of the sport, and then I’ll get to a main point.

Olympic weightlifting has never been a sport that’s going to make you rich. When I started on the national scene in the 90s, there was basically no money to be made in this sport in the US. My old training partner Dean Goad won four national championships in a row and I know he never made a nickel for them. He was working the graveyard shift at a grocery store to pay the bills the whole time. My teammate Al Reed and I were both totaling over 330 kg and medaling at national meets every year, and we were scraping change out of our couch cushions to buy spaghetti.

When Brian Derwin became USAW president in 1996, he made it his mission to pay top US weightlifters enough money that they could make a living and train without needing to have some kind of a side job. So for a few years, there was a little bit of money to be made if you were on the world team. But it still wasn’t much. In 1999, my wife (at that time) won the National Championship, the Pan Am Games, the American Open, placed sixth at the World Championship, and broke a half-dozen American records. She made $32,000 that year before taxes. Probably less than a manager at McDonalds. But that was millionaire territory for weightlifters in America back then, and that kind of money didn’t last long.

Now... it’s all different. I honestly don’t know exactly what our current US superstars are making, but as Tony Montana said, “I got ears... I hear things.” Based on what I know, there’s beaucoup bucks out there.

And it’s not just for athletes. Coaches can cash in too.

Is this a good thing or a bad thing? It’s a good thing, definitely. When you add money into a sport, it opens up all kinds of exciting opportunities for lots of people. Having the chance to make a good living doing what you love is a wonderful thing, no doubt about it. A guy like Harrison Maurus SHOULD be making a lot of money. He’s one of the best in the world. I hope he’s raking it in.

Money also attracts higher quality talent. Look at our national meet results now compared to twenty years ago. We had some ferocious studs back in the day, but we’ve got a crapload more of them now.

So it’s a golden era for Olympic weightlifting these days. But are there any negatives? Any thorns in the roses?

Let’s say there are a few areas of caution. One of them is coaches who are willing to do anything to score a champion athlete. You have to be careful these days if you’re an athlete or the parent of a talented youngster. There are plenty of great coaches in the mix now, but there are a few shady characters too. They might push you too fast and break you, or they might try to get you to take drugs. Both of these can lead to an early exit from the sport.

As a coach, you always need to have your guard up against coaches trying to swipe your athletes. Recruiting is a big thing in weightlifting now. If you’ve got a stud horse, they’re going to attract some attention. Not all of the attention will be good.

Basically, more money equals more people who are willing to cross some lines to get it. Sketchy behavior isn’t new in the sport. Corruption goes back to the roots of the Iron Game. But we all know what can happen when people start seeing dollar signs in their eyes. It can be both a blessing and a curse.

Just stay sharp and watch your back. That’s all I’m saying.