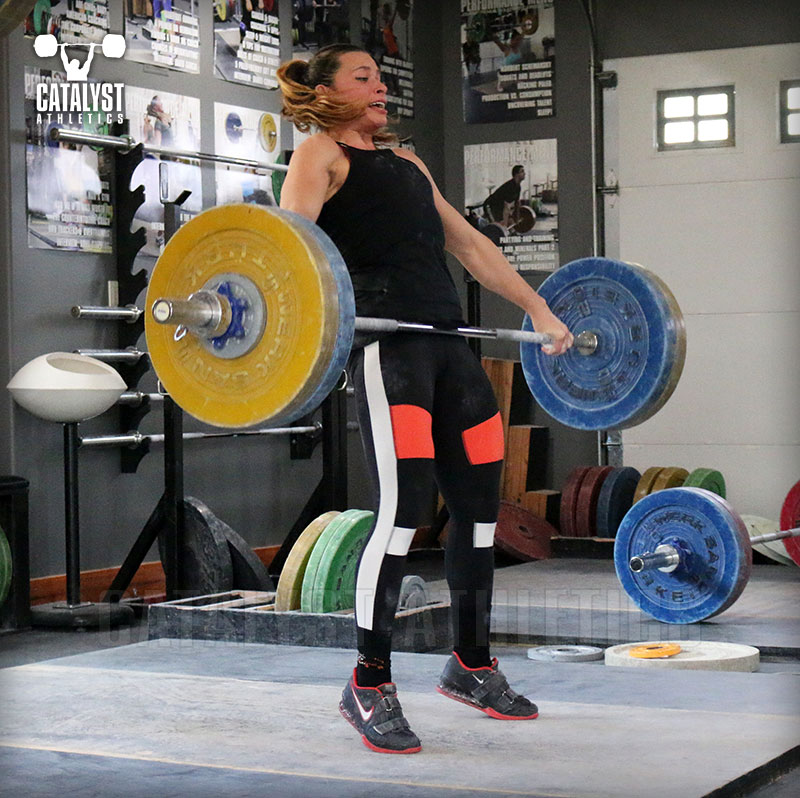 Right about the time you look at a training program and decide it’s stupid and useless, you’ll usually find out somebody out there has used it and had a lot of success.

Assistance exercises are often referred to by different names. There’s nothing wrong with this, as long as there’s a common understanding of how the exercise works and what it’s for. The only problem is when annoying coaches act like the names they use are the handed-down-from-Jesus official titles.

Most of the greatest lifters in the world have a bombout on their record somewhere.

People who come into the sport and want to run everything right away usually aren’t going to be around for the long haul.

Some referees give out red lights because it’s the only time in their lives when they can feel powerful.

If you’re a high-level lifter, people will forget about you and move on to the next big thing very quickly after you’re done with your top stuff.

This sport is always going to attract a few dysfunctional personalities.

If you get knocked out of the sport because of injury or whatever, very few things in life will ever feel as good as when you make a comeback and get back to big lifts on the platform.

Strengthening every muscle in your body, including the little ones that seem unimportant, will put you in a better position to be successful.

It’s a lot of fun when you grow old in the sport and your peers become wise old leadership figures, but you still remember when they were passed out drunk in the lobby of a hotel at nationals years ago.

It’s really hard to not hold grudges in the sport, but you have to try.

The best way to improve in the Olympic lifts is to practice them a lot for a long time.

Great athletes are not always great coaches (or even competent ones).

If you’re a coach and somebody is trying to screw over one of your lifters, fight for them.

You’ll make mistakes and handle things badly sometimes. So when other people do the same thing, don’t burn them at the stake too quickly.

If you’re going to quit or switch coaches, do it the right way. Go to your coaches face-to-face and tell them.

Knowing how to pull the bar correctly is only half the success in this sport. Knowing how to jump under the bar and catch it is the other half.

The things you do don’t just affect you. They also affect the people who are working hard to make you successful, so you should think about that when you make decisions.

Arnold Schwarzenegger said, “Everybody these days is too worried about overtraining.” He’s right.

Screaming and grunting isn’t required in weightlifting, but it’s really cool when it happens.

It’s not the size of the thighs. It’s the mass of the ass.

Contrary to popular belief among the public, most athletes don’t lift well when they’re pissed off. Most lifters do their best performances when they’re in a good mood.

If you’ve been doing this sport for three years, you most likely don’t know more about it than somebody who’s been doing it for thirty years.

The philosophy that “Everything works, but nothing works forever” is wrong. Some things definitely don’t work, and there are absolutely some things that will work forever.

If athletes have a naturally flexible bottom position and naturally good elbow lockout, they’ve got an immediate advantage in weightlifting, whether they’re strong or not.

If somebody breaks a world record, they’ve got good technique, regardless of what it looks like.

Coaching one Olympian doesn’t make you a great coach. Producing multiple high-level lifters over a long period of time does.

Yes, you can get hurt doing this sport. You don’t have total safety. But that’s how it is in any sport where you’re pushing your body to its limits. There’s risk in being an athlete, plain and simple.

If you’re stubborn and you refuse to listen to anybody, you have nobody to blame but yourself when you get hurt or fail.

Technique development in the Olympic lifts is an ongoing process that lasts your entire career. And once you’ve got great technique, you have to work hard to keep it. Because you can lose it. When you lose it, it’s very hard to get it back.  But it can be done.

This is a worker sport. If you’re lazy, you don’t have a prayer.

Telling somebody you don’t think they can do something can motivate them to perform because they want to prove you wrong. It can also make them perform badly because they think you don’t believe in them…and they hate you for it.

If you’re mentally tough, it doesn’t matter what music is playing.

If you’re a coach, don’t kick head cases out of your gym too quickly. They might grow up to be great people.

2 Comments
Meredith Stranges
I read this article a few months ago, and then came back to read it again. It's even better the 2nd time.
Justin Escalante’
Thank you, Matt! I’ve learned that the music thing is very true.