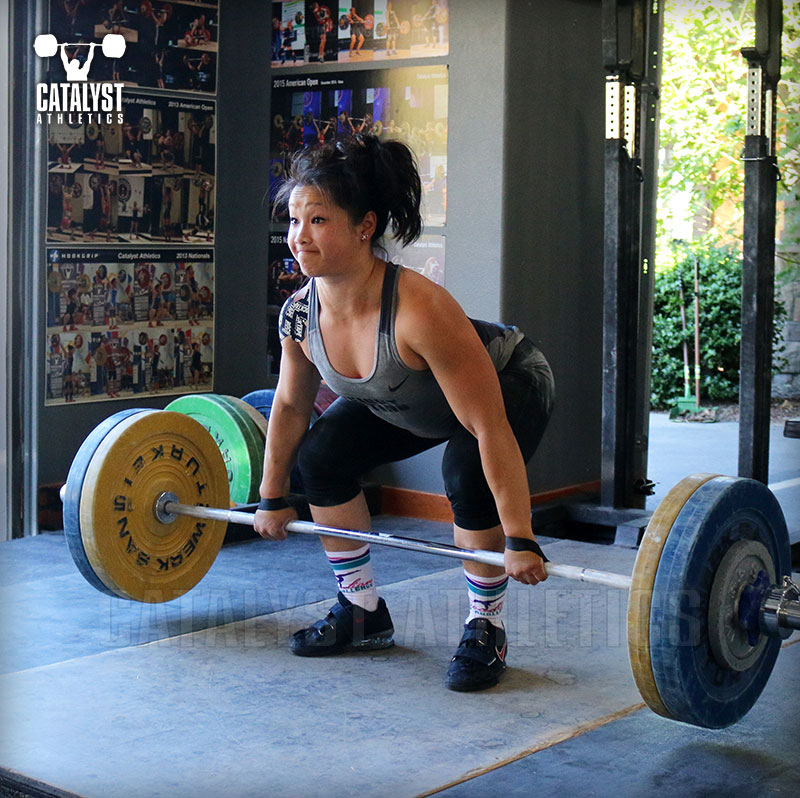 Do you get irritated when people ask you about weightlifting? You’ve all probably had it happen a million times, just like me. People find out you’re a weightlifter, and they don’t know anything about it, so they ask questions.

I doubt if any of us get aggravated when people are interested in what we do and they ask us to tell them about it. That’s a cool situation and we should all appreciate it.

But here’s the thing… there’s definitely a difference between a good question and a stupid question. Know what I mean? I know we live in the millennial era, where we’re supposed to say there’s no such thing as a stupid question and everything that comes out of everybody’s mouth is special and groovy. But that’s a bunch of crap. Let me tell you a little story as an example.

I grew up in a small town with no weightlifting activity at all. There was one gym in town, and it was a bodybuilding gym. All the guys who trained there were wanna-be bodybuilders who were obsessed with the pump-and-flex life. Lots of Day-Glo baggy pants and tank tops with the arm hole cut down to the waist. One summer, they set up a two-day bodybuilding clinic at the gym, and they invited a high-level bodybuilder named Vince to come teach it. Vince was from a big city and he drove five hours to get to our little village and spend a weekend teaching these yahoos about how to get bigger gunz.

I was at the gym when Vince pulled up in his car. Literally every guy who trained in the gym was out on the sidewalk waiting for him. Vince got out of his car, and it was obvious from his face that he was feeling pissy about having to drive five hours to our little hick town.

Vince was a monster. When he got out of his Corvette, it looked like one of those tubes of Pillsbury biscuits or rolls you buy at the grocery store. You know, the ones where you twist them and thump them on the counter until they pop open and dough comes poofing out. Only with Vince, it was like somebody had squeezed the Corvette until a big wad of triceps and quads exploded from it.

The guys from the gym jumped off the sidewalk and pounced on Vince like a pack of hyenas. Every one of them was trying to ask him a question at the same time, so it was basically a contest to see who could blab the loudest. Watching the ruckus from a distance, I heard the following:

“JESUS VINCE!! YOU’RE BIG AS A DAMN HOUSE!! HEY MAN, DO YOU TAKE STEROIDS?? I TOOK STEROIDS FOR A MONTH AND I WAS SH---TING BLOOD!! THAT EVER HAPPENED TO YOU?? YOU EVER SH--T BLOOD VINCE??”

Vince just shoved past all of them and stormed into the gym, looking for whoever had his check.

Like I was saying, it’s definitely possible to ask stupid questions.

Now, was the Vince story an extreme example of stupid questions? Yes. Do most people come across like this when they ask us about weightlifting? No.

But I did have a college professor once who found out I was a weightlifter and asked, “What are you going to do when you turn 50 and all those muscles turn to fat?”

You’ve probably heard a lot of the same stuff I’ve heard. Ever have people confuse weightlifting with wrestling when they ask you about it? I guess having two sports that both start with the letter W is just too much for a big chunk of our society. Or how about the people who hear you’re a weightlifter and say, “Wow! I could never stand up in front of people in a bikini and flex like that!”

I’m not saying everybody who asks fumbling questions about weightlifting is dense. Most of them are smart people who just don’t know our lingo, which there’s nothing wrong with. We have to be courteous and polite to them.

But people like the Vince fans are dense. I don’t mind saying that. And trust me, I’ve met a handful of jokers like this over the years. How should we handle them? You can be polite and courteous, if you choose. You can get into arguments with them too, which is probably going to be about as productive as picking up a 5 kilo plate and repetitively ramming it into your forehead. Try talking sense to some of these people, seriously. You’ll be sh--ting blood when it’s over.

Or you could just do what I do… make a moderate attempt to set them straight without causing any additional headaches, planning an escape strategy the whole time.

Weightlifting isn’t a mainstream sport like basketball. That means we often have to educate people because they just don’t know anything about it. You’ll probably develop a “standard speech” for this. I always say to people, “Have you ever seen the Olympics, where the lifters put the barbell up over their heads?” (Everybody always says yes to this.) Then I say, “That’s what I do.”

Simple stuff. And if you’re talking to somebody who insists on assaulting you with horrible questions after you politely try to explain it to them, just hop in your Corvette and get the hell out of there.