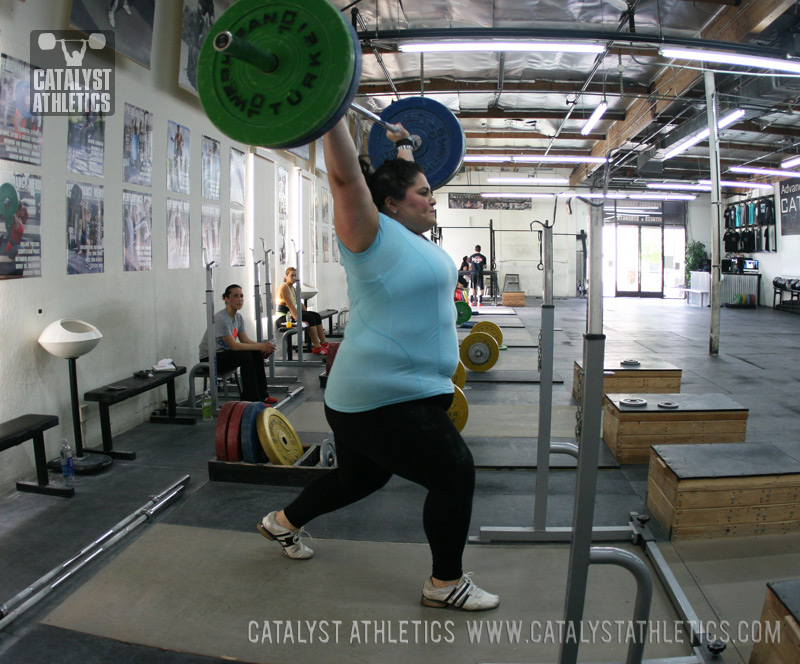 We’re all such a bunch of little go-getters, aren’t we?

We love to train hard. One of the big pleasures in our lives is going to the gym and working our asses off until we’re drained, sore, and completely shot. We want to feel like we made ourselves better, conquered obstacles, or whatever. Everybody who reads this blog knows what I’m talking about, so I don’t need to explain it much more.

And we get sore, right? Actually, it often goes way past “sore.” Many times, we hammer ourselves to the point where we need some kind of restorative help before the next workout session. Recovery methods have become one of the most popular topics in strength training over the years. When people work as hard as we do, their bodies get tightened up, broken down, twisted around, etc., and they eventually learn about things like muscle spasms. These little suckers aren’t tears or ruptures, nothing that requires surgery or serious medical treatment. Basically, a spasm happens when a group of muscles clinch up like a fist and won’t release on their own. They might not sound like much, but they’re no joke. When they stay clinched, it feels like somebody is sticking an ice pick in you.

Have you ever split wood with an axe? If you have, you probably know what it’s like when you hit a knot in the wood. It’s just a little ball of twisted fiber in the middle of the log, but it feels like you’re trying to cut through solid metal when you hit it. That’s what a muscle spasm is like.

To get rid of a spasm, you have to put in some extra work. We’re talking about the basic stuff like foam rolling, icing, and massage therapy. It’s a little-by-little process where you use these methods over and over, and you just chip away at it until the muscles loosen up all the way and you’re back to normal. The length of this process depends on how severe the spasm is. If it’s a bad one, we’re probably talking about several days. A minor one might go away over a weekend.

Sometimes they can trick you. You’ll feel a pop or twitch in your body and you immediately think it’s an injury, but it doesn’t turn out to be anything serious. I’ll give you an example. I lifted in a meet a few years ago where I was planning to open with 132 kilos in the snatch. My warm-ups were feeling great, but then I got to 120 kilos. As I was pulling this lift past my knees, I felt a sharp pop in my lower back. I dropped the bar, stood up, and twisted my torso around a little to inventory the damage. There was some hot tightness in my spinal erectors but I couldn’t tell how bad it was. I freaked out just a little at the idea that I might have to pull out of the meet if it was going to stop me from being able to lift anything off the floor.

I waited about five minutes and then snatched 40 kilos, just to see if it was okay. It didn’t hurt too bad, so I waited a few more minutes and snatched 117 kilos. That felt okay too, so I decided to go out for my opener at 132. I made it easy, followed by an easy second attempt at 137. I missed 140 on my third attempt, but it wasn’t because of pain. I just didn’t finish my pull.

In the clean and jerk, I made 156 and 163 kilos before passing on my third attempt. My back was getting pretty fired up at that point and I had already made the 300 kilo total I had set as my goal for the meet. Lots of pain in the following days, but it loosened up after a week or so. What caused it? Hell if I know. I was 37 at the time, so that might have been what caused it more than anything. These types of things are more common when you get older.

Little false alarms like this can happen. They feel serious at first, but they don’t end your day. However, there are also times when you feel a pop and it’s the real thing, unfortunately. Something tweaks or strains and you can’t get through it, no matter how tough you are or how much ibuprofen you swallow. I’ve had a couple of these, had one recently as a matter of fact. I think every serious athlete has had a moment where they got hit with pain they couldn’t beat. It sucks, but it’s possible when you’re pushing your body’s limits.

Some people like chiropractors to fix them. A lot of people do, actually. I went to a chiropractor once when I was nineteen to fix a pain I had in my upper back/neck. He adjusted me and it made things a lot worse. I was walking around with my head tilted to one side for two weeks afterwards. I’ve never been to another chiropractor since then. Now, before any of you chiropractic folk start screaming bloody murder, make sure you understand that I’m not condemning the whole field. I think the guy I saw wasn’t very good, plain and simple. Chiropractic care is a huge field, so I know this was just an isolated incident. He was a weird dude with one eyeball that pointed up and another one that pointed down, like he could hunt birds and squirrels at the same time. I’m not saying that had anything to do with his chiro ability, but he had an odd personality too and I obviously wondered about his expertise since I went to him to feel better and he sent me away fricked up. I wouldn’t be against trying it again with somebody else, but I’ve just never sought it out.

I like massage therapy, but you have to find somebody with some lead in their ass to get serious benefits. If you work with a therapist who doesn’t have the strength to really dig into your muscles and forcibly loosen up the knotty tissue, you’re basically spending money to get rubbed and stroked. But a good massage therapist can do wonders. It’ll hurt when you’re on the table, but you’ll get the results you’re looking for.

These are just some random thoughts about minor injuries and pain management. Basically, we can boil it all down to two key ideas. A) You should expect some pains and spasms if you train hard and B) It’s a very good idea to seek out some extra help in treating them.

And one more thing… Don’t whine about your pain all the time. Handle it without torturing the whole gym with your complaining.


11 Comments
Spenco
Sounds like that chiropractor had one eye going to the shops and the other coming back with the change!
Lincoln
I've never had good results using ice on spasms. Heat has always worked better for me.
Josh
Given the title I figured it was an article about what it looks like when I miss a snatch.
Heather
I've had FANTASTIC results with IMS for these spasms that at 40, seem to keep re-occurring! I'm fighting with one right now in my shoulder that has come back. Not fun!
Cliff
I was doing a light snatch about ten days ago, and the same thing happened to me. My back locked up so bad, that over the next few days, everyone was asking me what was wrong, because even just standing, I was tilted. Went to a therapist who really knew his myofascial release (Erick Hudson in Santa Barbara). After every treatment felt good, and would then slowly regress, just not as badly as prior to treatment. After third treatment this morning, he also gave me some work to do on my own. Ready to start lifting again!
Pete
A-R-T chiropractor. They are the best!
Jen
Have you ever heard of a spasm causing numbness? My whole right arm and part of my hand are numb but my bicep feels bruised from all the massage therapy. Going on 2 weeks...
Andre
Magnesium rich food and stretching helps a lot.
Greg Everett
Jen -
With any numbness, I would work with a chiro, PT or doc to find the source.
Craig
Has anyone used a "tens unit" to rehab a strained muscle and what kind of results? Also, any specific brands better than others? Thanks for the article, speaking directly to me now.
Jose Torres
What exercise regimen do you recommend for a right arm bicep tear? Recommend surgery or not? My orthopedic. Is not familiar with Olympic lifters..
Can I do pulls higher than deadlifts? Front squats a no no? Or just back squats?